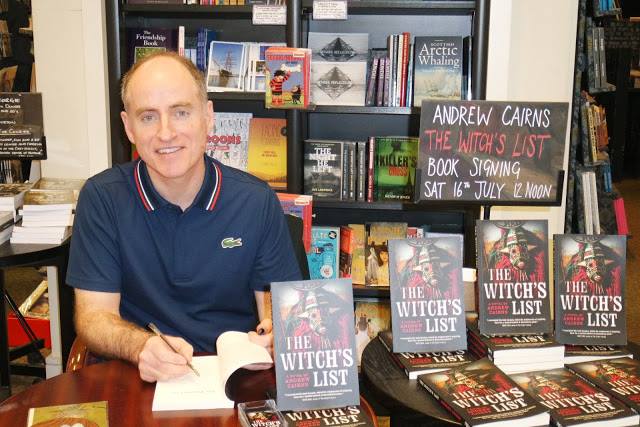 Today Andrew Cairns, author of The Witch’s List and member of Travel By Book, shares with us some excellent tips for creating a strong sense of place in your novels.

Andrew knows what he’s talking about. Travel inspired his first novel, written fifteen years after a memorable one-month visit to the Ivory Coast in 1999. His experiences of growing up in Scotland and moving to France where he has lived and worked most of his adult life, are also worked into the novel. I hope you enjoy reading his post and pick up a few useful tips for your own writing!

1. Diaries – Keep a diary, especially on you travels and note down what you’ve experienced each day. Then when you’re ready to write a story about some of the places you’ve been, you can jog your memory by going back to what you’ve written in your diary. I keep a daily diary where I write about a page a day, and often when I go travelling I bring a separate notebook to write a bit more.

2. Travelogues – From the multitude of interesting things you’ve observed on your travels, try focussing in on certain subject areas and writing a bit more details. Do some research on the history, the culture, the language, etc. and include this, comparing and contrasting you’re your own experiences. These travelogues can be interesting reads in themselves, and you can also use them in fiction where you want to give a richer more informative insight into a place.

3. Five senses – Think about not only what you saw but what you smelt, heard, tasted, and touched. The refreshing breeze on your skin, the smell of the sea, the sweet taste of a freshly cut coconut, the relaxing sound of the waves…

4. Emotions – How did the place make you feel? What emotions did it trigger? Fear, sadness, joy, disgust, anger – or some combination of these?

5. Sixth sense – What did your intuition or sixth sense tell you about the place. Did you pick up the spirits of the soldiers who lost their lives on an old battlefield, the prayers and religious fervour on the path travelled by millions of pilgrims, or the asepticised pain and suffering in the hospital ward.

6. Watch movies / documentaries – Get a flavour of places or the viewpoints of different people by immersing yourself in a movie or documentary.

7. Read books both fiction and non-fiction – As for movies, documentaries, reading books can also teach you about other places and inspire you to write about them with your own voice.

8. Nature – There a big beautiful world out there, filled with fascinating fauna and flora. Make your story more vivid by describing some of the wildlife in your story’s backdrop.

9. Weather – Create atmosphere by describing the numbing cold, the spirit-crushing heat or the electricity in the air as a rumbling thunderstorm approaches.

10. Inequalities / paradoxes – What really makes a story interesting? The conflicts, the injustices, the surprises, the humour, the passion… Find out about a place’s inequalities – extreme poverty alongside excessive riches, its forms of corruption – the justice system being paid off by big business to turn a blind eye to their illegal dealings, or its strange beliefs and practises – the existence of a witch’s list of people destined to meet an untimely death. If you manage to portray some of the weird, wonderful and wacky stuff going on in a place, and make the reader believe it, then you will have them hooked!

Thanks for sharing these excellent tips, Andrew! 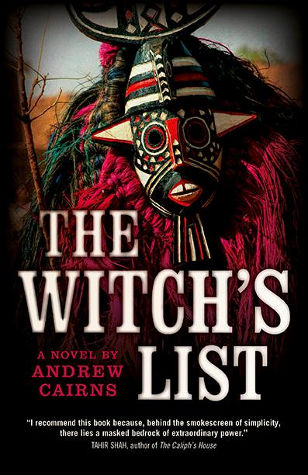