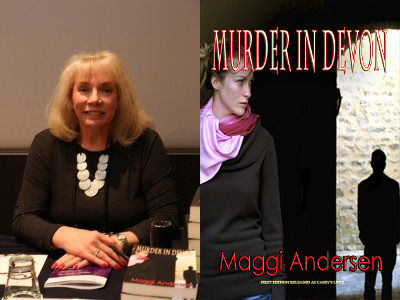 Mystery Thriller Week brought me into contact with all sorts of amazing authors, including the lovely Maggi Andersen. She’s the author of twenty-four novels and several short stories, written in the contemporary Mystery, Historical Romance and Romantic Suspense genres. She’s even contributed to a non-fiction book about castles, customs and kings in Scotland!

It is my pleasure to share her article about one of my favorite Dutch personalities, Han van Meegeren. Find out now why the Dutch love this art forger, still one of the most talked about historical figures in the Netherlands.

The Man Who Fooled the Third Reich

One of the most intriguing figures of the 1930s art world was in fact, a convicted criminal. (Han) Henricus van Meegeren, a Dutch painter. Born on October 10, 1889 in a small Netherlands community just outside of Deventer, he was strictly discouraged from any creative pursuits by his father, a history teacher.  When his father caught his son drawing or exploring art, he’d force him to write “I know nothing, I am nothing, I am capable of nothing” hundreds of times on a sheet of paper. His father was determined that his son became an architect.

But during his student years, van Meegeren’s talents were recognized, and he received moral support from his educators. One of them, Bartus Korteling, deconstructed the work of Johannes Vermeer (one of the great painters of the Dutch Golden Age) and he showed van Meegeren how to “manufacture and mix colors” and emulate the aged style. Korteling also instilled in van Meegeren a belief that the modern Impressionist movement was “degenerate art” and that the masterworks were of unparalleled artistic quality.

Van Meegeren went on to win numerous prestigious awards and was recognized as one of the premier young artists in the country. By the mid-1920s, he had established himself in the Netherlands art scene, but critics soon noted his limitations, stating that he “has every virtue except originality.”

Van Meegeren took offense at these comments and published a series of defensive, hostile tirades against the modern art community in a self-published journal. He set out to prove that he could not only copy the style of the Dutch masters in his paintings but produce a work of art so magnificent that it would rival the works of master painters. He moved to the South of France, and devoted himself to improving his craft.

Next on van Meegeren’s agenda was to select a famous artist to forge. He contemplated many of the great Dutch painters (Frans Hals, Pieter de Hooch, and Gerard ter Borch), but ultimately settled on the most difficult to copy, Johannes Vermeer.

“If you can get away with Vermeer, that shows how terrific you are – and it’s where the money is,” commented Edward Dolnick, author of the Forger’s Spell.

Vermeer chose unique, expensive pigments (lapis lazuli and Indian yellow), and was renowned for his treatment of light. He had also only produced 35 verified paintings over his lifetime (most famously, Girl with the Pearl Earring; 1665).

During WWII, his forgeries sold well to wealthy buyers believing them to be originals which they were anxious to avoid falling into Hitler’s clutches. In fact, a (Vermeer) painted by van Meegeren was later found in the possession of Nazi Reichsmarschall Hermann Göring who was comprehensively fooled by the van Meegeren forgery. Van Meegeren had to confess to his crimes or he would have been tried as a collaborator as it was initially believed he had sold valuable Dutch property to the Nazis. If convicted he would have faced the death penalty. As a result, he was convicted of fraud and sentenced to 12 months jail. A sentence that was never served as he died at the age of 58 years from a heart attack.

Apart from his extraordinary skill as an artist, van Meegeren’s secret was mixing bakelite – the first synthetic plastic, with his oil paint to harden the paint and make it appear hundreds of years old.

Controversies and inquiries continued about the genuineness of paintings by the Dutch masters, right up until the present day. In 2011, the BBC program FAKE OR FORTUNE discovered that THE PROCURESS, a painting by Dirck van Baburen was, in fact, a forgery by van Meegeren, as bakelite was discovered to have been used in the painting. A substance not available until the 20th Century.

Van Meegeren became a very popular figure in the Netherlands and one popularity poll in 1947 placed him second only to the Prime Minister, and ahead of Prince Bernhardt. His forgeries became much sought after by collectors. He truly could be called a Dutch Master of Forgery. 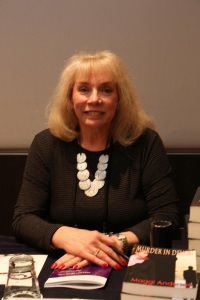 Multi-published, Amazon best-selling author in Regency and Suspense, Maggi Andersen, fell in love with the Georgian and Regency worlds after reading the books of Georgette Heyer and Victoria Holt. Maggi has raised three children and gained a BA and an MA in Creative Writing. She and her husband live in the beautiful Southern Highlands of Australia.

P.L. Travers lived in the house next door almost 100 years ago. Travers later wrote Mary Poppins and there’s a statue in her honor in the park.

Maggi’s free time is spent enjoying her garden and the local wildlife, reading, and movies. She keeps fit walking and swimming.

Apart from her Regency Series, The Baxendale Sisters and The Spies of Mayfair, and her stand alone historical novels, Maggi writes contemporary romantic suspense, mysteries and young adult novels. She supports the RSPCA. 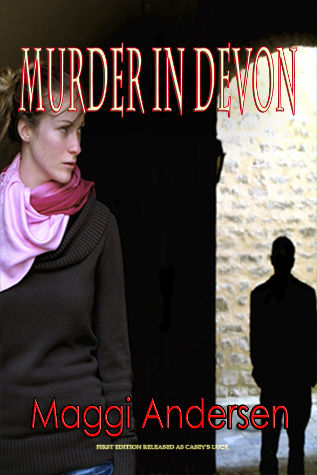 She wants the truth, but it may cost her more than she thinks…

An ex-patriot-American living in England, magazine reporter Casey Rowan wakes to find one best friend murdered and another seriously injured. Casey is determined to find the killer, despite running afoul of the detective in charge of the case—a blue-eyed Scot named Rod Carlisle, who considers her a prime suspect. As Casey gets closer to the truth, losing her heart to the sexy cop isn’t the only thing she risks. Now her life is danger, too.

He wants her, but he may have to choose between love and duty…

Rod has no patience with civilians who interfere in police matters, even hot little numbers like Casey. Though he tries to keep things professional, Casey’s beauty and spunk are hard to resist. He warns her that what she’s doing is dangerous, but he only succeeds in alienating her. She refuses to listen and goes off on her own with disastrous results. Now Rod’s in a race to find the killer before the woman he loves becomes the next victim.