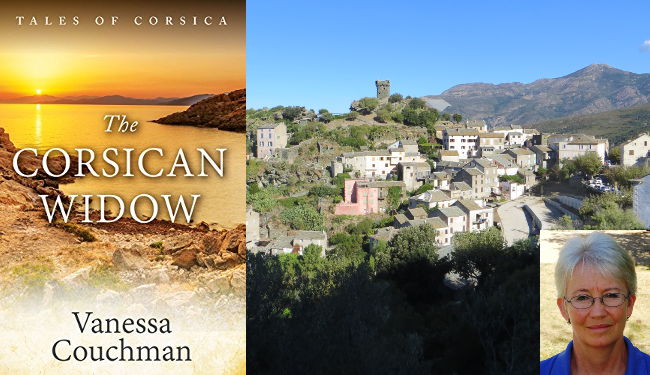 It is a pleasure to welcome historical fiction author Vanessa Couchman to my blog today! Her novels transport readers to eighteenth- and twentieth-century France and Corsica. The Corsican Widow, her second novel, will be released on May 10.

Take a moment to learn more about the importance of setting and historical research, singing in a Baroque choir, and life as an English expat in rural France. 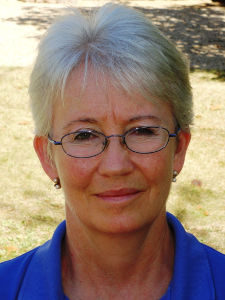 Thanks so much for inviting me on your blog, Jennifer. I describe myself as a “young author”, since I’ve been writing fiction for only eight years. Alas, I’m not actually young in years! Joining Writers Abroad, an online community for expat writers, was one of the spurs that got me to write fiction.

I’ve had a varied career, including 10 years in the academic publishing industry, an MBA, 7 years in public sector audit and research and 20 years running my own company.

My husband and I moved to rural Southwest France in 1997, which we love. Since then, I have run a company offering copywriting services, but I now spend most of my time writing fiction. I have published two novels to date, both set on the Mediterranean island of Corsica, and a collection of my short stories, all set in France. I’ve also appeared in a number of short story anthologies.

It would have to be my favorite book of all time, Tolstoy’s Anna Karenina. It’s long, but you get so wrapped up in the characters that you’re sorry when it comes to an end. Tolstoy was such a fine observer of character and I love the historical background of Tsarist Russia.

Definitely in silence, although some people find background music gives them inspiration. I find it a distraction and I start thinking about the music rather than the writing. Perhaps I should give it a try, though. My husband and I share a partner’s desk (you can sit one each side) and he tries his hardest to be quiet when I write, but sometimes he forgets! Music might be a way of drowning him out!

My favorite non-writing pastime is singing. We live in the wilds of Southwest France, but there are a number of choirs in the area. I have sung in many of them, large and small. For the moment, I’m singing with a very small choir of only 10 people, which specializes in singing Renaissance and Baroque music. Some of the music is quite hard, but it keeps my brain alert.

My second novel, The Corsican Widow, is launched on May 10th. It’s set in 18th-century Corsica and Marseille, at a time of great turbulence for Corsica. The inspiration came from a true story, as it often does for me. While I was researching something else, I came across a short snippet from a contemporary chronicle about a wealthy Corsican widow who falls for her shepherd and incurs the strong disapproval of the rigid and traditionalist Corsican society in which she lives. I can’t say more, or I’ll give away the plot.

I do quite a lot of prior research. My fiction is set almost exclusively in Corsica or France from the 18th century onwards. This means I have to immerse myself in the historical background to get the setting and the facts right. For The House at Zaronza, set in early 20th-century Corsica and at the Western Front during World War I, I had to know not only about WWI but, specifically, about nursing from the French side and how the war affected Corsica. For The Corsican Widow, it was important to find out what daily life was like for Corsican people in the 18th century. I tracked down an out of print book that saved me from some gaffes.

Once I’ve started to write, countless historical points arise that I need to check. In that case, I make a note in the text to go back to research those once I’ve finished. Sometimes, however, I need to do it right away or it might affect the plot.

To me it’s very important. Novels are, of course, about people, but characters are partly the product of their environment, whether they like it or not. So the landscapes, social customs, economic situation, historical background, etc. of the place I’m writing about are crucial. It’s also a way of introducing readers to a place they may not know. Hey, maybe I should get commission from the Corsica Tourist Board! 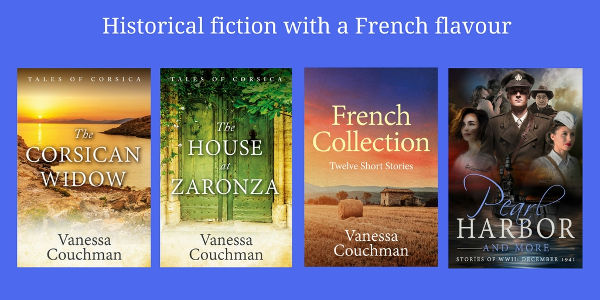 Oh yes, I read all the time. First, it’s a way of relaxing. Second, you learn a lot from reading other authors’ work. One downside of being an author-reader, though, is that you do tend to start critiquing the book in your head! I try not to do that and just let the story carry me away.

I’m working on two things. First, a novella about vendetta in Corsica for my Tales of Corsica series. Vendetta runs like a bloodstained fault-line through Corsican history and there are so many true tales to draw from. But it’s easy to caricature it, so it’s not easy to write. My second project is a two-book story, starting in the late 19th century and continuing to the end of WWII, about a woman of humble origins who becomes an opera singer in France and later is active in the Resistance. Now that involves a shed-load of research! 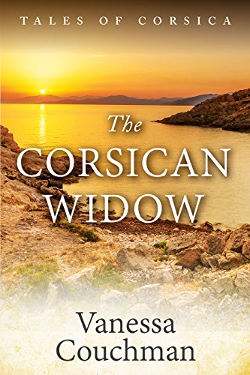 Vanessa is also a member of Travel By Book, a Facebook group dedicated to travel fiction and non-fiction. If you love to read or write books strong in setting, consider joining us!