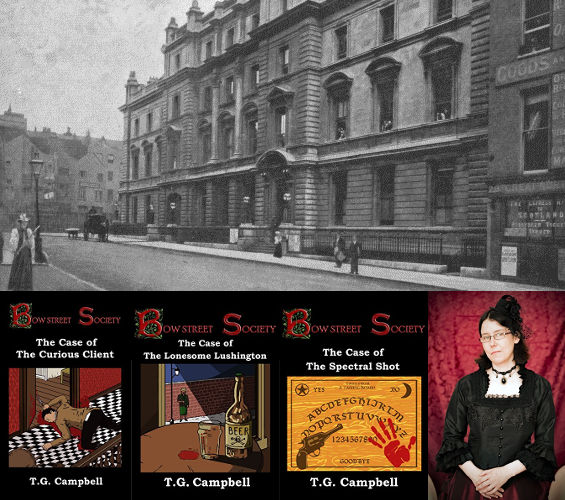 It is my pleasure to welcome mystery author T.G. Campbell to my blog today. Her series documents the adventures of the Bow Street Society, a group of amateur detectives operating in London in 1896. T.G. also enjoys featuring other crime fiction and mystery authors on her blog in her The Writers’ Wing feature.

She’s here today to tell us more about her novels and her latest release – The Case of The Spectral Shot, published this Halloween!

Crime fiction and mystery fans, take a moment to learn more about T.G. and her Bow Street Society… 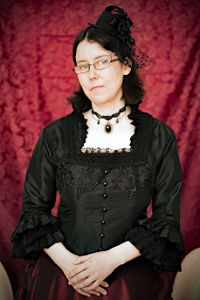 I write a series of books about a group of amateur detectives called the Bow Street Society operating in London in 1896. Each civilian member of the Society has been enlisted due to a particular skill or knowledge of expertise they possess. The skills and knowledge usually derive from the member’s profession. For example, the Society has an illusionist as one of its members. He draws upon his knowledge of magic tricks to assist him in the investigation of locked-room mysteries. Members are assigned to cases depending on the nature and circumstances of the crime. Miss Rebecca Trent, the Bow Street Society’s clerk, assigns members to cases, recruits members, and accepts commissions from clients on the Society’s behalf. She’s the only one who knows the identities of all the Society’s members.

In addition to writing the Bow Street Society books and stories, I’m a feature writer for Fresh Lifestyle Magazine. I was invited to write for the magazine after The Case of The Curious Client won their book award in April 2017. I also like to promote fellow authors through my blog, The Writers’ Wing. Based upon the concept of being stranded on a desert island, my blog invites writers to imagine themselves as inmates of a fictitious cellblock. I ask them who their cell mate would be, which books they would read, and which of their characters they’d like to visit them. I don’t charge any fees to feature an author in my blog, as I’m keen to promote mystery, thriller, suspense, horror, and true crime authors in any way I can.

I’d like to sit between Agatha Christie (author of Murder on the Orient Express) and Raymond Chandler (author of The Big Sleep) on a long flight. I’d have to sit between them as Raymond Chandler once said of Agatha Christie’s work their only realism was the Bognor Regis accent. I’d be fascinated to hear their thoughts on writing crime fiction and on writing in general. Christie’s clue-puzzle formula for mysteries is what I base my own writing on. I fell in love with Chandler’s hardboiled style though while at university. Each writer’s work is in stark contrast to the other—their personalities were also in stark contrast, despite being contemporaries—but are both excellent examples of well-written and well-constructed crime fiction. 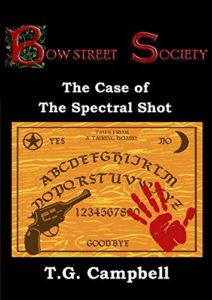 The first two Bow Street Society books had themes to their mysteries; The Case of The Curious Client focused on mental health, while The Case of The Lonesome Lushington centered on shopping. I knew I wanted to have a theme for the third book, then. I decided on spiritualism as I’d always had a fascination with the paranormal and spiritualism was highly popular during the Victorian era. Without giving away any spoilers, it was an episode of YouTuber Rob Dyke’s web series, Seriously Strange, which inspired the central aspect of the mystery in The Case of The Spectral Shot.

While I was growing up, my mum would watch detective programs on television and invite me to watch them with her when I was old enough. Agatha Christie’s Poirot, Taggart, Sherlock Holmes, and Dalziel & Pascoe were all staples of my family’s television viewing. We’d enjoy trying to figure out who’d committed the crime when the commercials came on (though we were rarely right). This love for detective programs led to a desire to be a real-life police officer in me. Unfortunately, due to a heredity eye condition, I was (and still am) unable to fulfil this aspiration. I therefore decided to write about detectives and the police in place of becoming one. 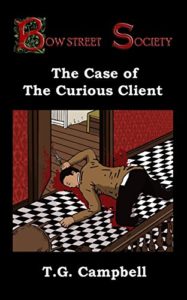 Prior to my current day job, I worked in two different not-for-profit organisations. The first assisted current and ex-offenders into training or employment in an effort to reduce their chances of reoffending. The second offered free support to victims and witnesses of crime while they attended court to give evidence. During my time in the second organisation, I would contact witnesses and victims to explain the support available to them. Though I wasn’t permitted to know the details of the case (in order to provide unbiased support), I would often hear about the emotional impact a crime has had on an individual. It’s these experiences which have helped me to understand the true impact of even the most “minor” of crimes. I therefore try to bring this awareness to my representation of the victims and witnesses of the fictional crimes I write about. There’s always a lasting impact, however small, and I always strive to get this across in the epilogues of my books.

It’s very difficult to choose just one as there’s so many in the Bow Street Society books! I’m very fond of Miss Rebecca Trent and the illusionist, Mr Percy Locke. My favourite character changes frequently while I’m writing, though. Currently, my favourite is Inspector John Conway of the Metropolitan Police. He’s the head of a fictitious group of detectives in Scotland Yard called the Mob Squad. He’s working class with a rough voice, gruff demeanor, and violent streak. Yet, he’s also an honest policeman with a genuine desire to help those in need and protect the vulnerable. In The Case of The Spectral Shot, the reader is shown more of Conway’s personal circumstances as he becomes a more central character. I’m very keen to continue his development as the series goes on to show the reader the complicated depths he possesses as a person. 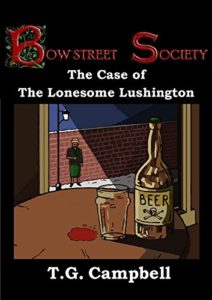 I think it’s important for a writer to decide the intended balance between historical accuracy and fiction in their writing before they start. Once they’ve decided on this balance, they may write their story in line with this but, more importantly, present their story’s marketing with this in mind, too. I don’t think fiction has to be historically accurate provided the writer makes it clear to the reader that there are fictional elements in the book. It irks me when a writer doesn’t even try to prevent readers from mistaking fiction for fact or, worse still, misleads readers into thinking  a fictional element is real.

Personally, I decided I wanted to ground my Bow Street Society books in as much historical realism and accuracy as possible. This, I felt, would help bolster up the fictional elements (of the Society, the police characters etc.) by giving them added credibility through accurate portrayals of their professions, the technology/scientific developments they utilise, etc. As a consequence of this desire for historical accuracy, therefore, I conduct a great deal of research before, during, and between books. Much of the research centres on the investigative tools and techniques available in 1896 London. Many forensic techniques we’re accustomed to today (fingerprints, blood types, and testing for poisons) were in their infancy and/or still being refined. In the case of fingerprinting, the science wasn’t submitted to court as evidence until after 1896. Other topics of my research may also include different types of flights of stairs, wig making, and interior décor. All of which help me to shape the characters, setting, and plot of each Bow Street Society mystery I write.

Thanks for stopping by and best of luck with your new release, T.G.!