I am pleased to welcome historical fiction and cozy mystery author Nicola Slade to my blog today. Her novels have received praise for their humour and the characters’ eccentricity, as well as the depth and sensitivity of her writing. I’m glad she had time to chat before flying to Bellingham, Washington to receive a Chanticleer Award for one of her nine books!

Today, this history and travel buff shares with us more about her work, favorite films and pastimes, as well as how a single line of dialogue inspired her latest cozy mystery. 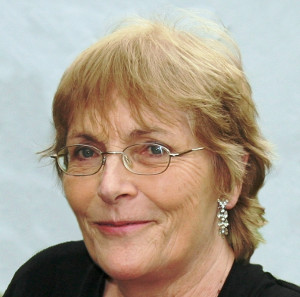 I live with my husband in the south of England, just outside the ancient city of Winchester- where Jane Austen died and the Wars of the Roses came to an end with the marriage of Henry Tudor and Elizabeth of York; a city where you touch history at every turn.

While our three children were growing up I wrote stories for children and for women’s magazines, graduating to full-length novels in 2005 with the publication of a romantic comedy, Scuba Dancing. I’ve now had nine novels published, including the Victorian series: The Charlotte Richmond Mysteries, and the contemporary series: The Harriet Quigley series.

The House at Ladywell, published in 2017, is now a semi-finalist in the Chatelaine category of the Chanticleer awards, which is a great honour and I’m delighted to say my husband and I will be going to Bellingham, Washington, to the award ceremony in April – just for fun because we’ve not been to that part of the States!

My most recent novel, a cozy historical mystery set in 1918, The Convalescent Corpse, was published in November 2018,

I was an antiques dealer for a while and I love to paint, as well as reading a lot, and writing. I also love to travel and when our three children were young, we lived in Cairo for a year while my husband was working there. 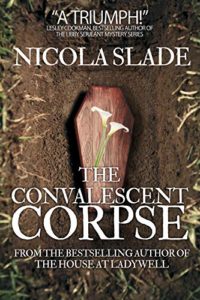 About four years ago we were on holiday in North Island, New Zealand. My husband was driving and I was looking at the scenery, when a sentence popped – out of the blue – into my mind. This: ‘Everything was going splendidly until my elder sister decided to become a nun.’ Nothing else, not a clue! I was intrigued so I wrote it down and spent the rest of the holiday wondering why the sister decided to become a nun, and whether she really did – in the end, I had to find out and that was the beginning of The Convalescent Corpse.

What inspired you to write about this particular era?

I’ve always been fascinated by history and living in this part of the world it’s all around us. My Victorian cozy mystery series is set in 1857, partly because I was brought up reading my grandmother’s collection of 19th century novels by women like Charlotte M Yonge and Mrs Henry Wood, both bestselling authors of the day. I still have the books so I’m able to research social history mainly by reading amazing novels!
The House at Ladywell is a multi-timeline novel ranging from Roman times to the present day, and as I used local history, which was fun to research.

As I’ve said, I’m a history buff so I automatically seek settings that have a lot of history so that I can ground the story. All my books are set in the south of England, in and around Winchester and the market town of Romsey a few miles away, so I have plenty of scope. 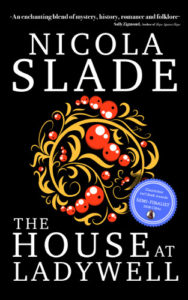 I believe historical fiction should be accurate. I enjoy books where a real historical figure is part of the story, as long as their actions are plausible for the period. In my second Victorian novel, Death is the Cure, I have Becky Sharp (from Thackeray’s Vanity Fair) turning up as an elderly lady!

What I don’t like is when an author pays no attention to historical or social customs and has a young woman behaving in a way that would never have been allowed. Even Queen Elizabeth I who exemplifies the word ‘feisty’, had to watch her step and behave circumspectly. I like to feel an author has done his or her research!

You can purchase her novels, including The House at Ladywell and The Convalescent Corpse, on Amazon.