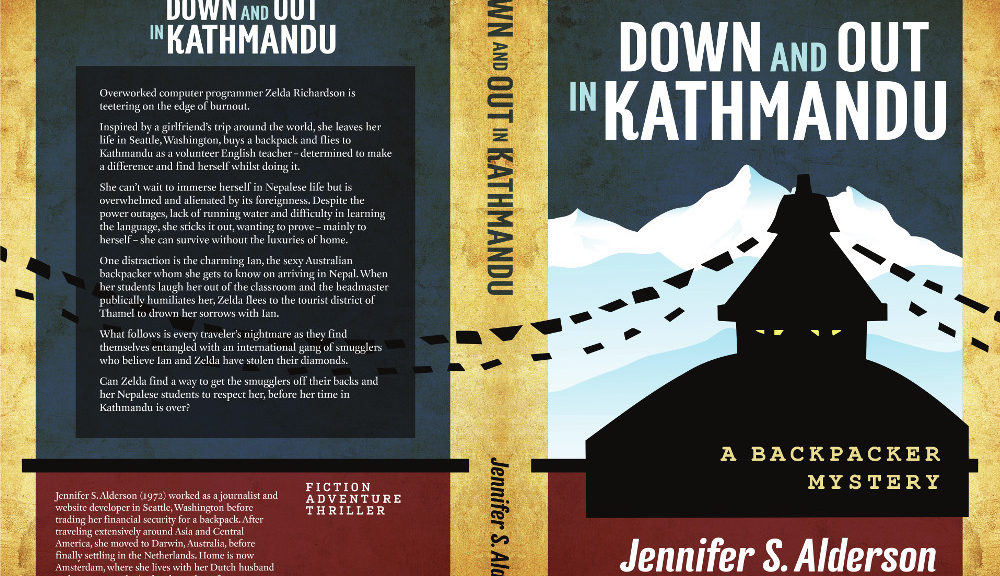 When I was in my twenties, I heard this more times than I can count. Back then, I really didn’t give a …well, you know what I mean. Now that I am older, I don’t swear nearly as much as I used to. Though my idea of how backpackers talk and interact with each other was formed by my own experiences. And most of the backpackers I met on the road swore as much – or more – than I did.

Only after releasing Down and Out in Kathmandu did I realize not everyone appreciates swearing in fiction. Several comments on social media and polite emails from reviewers prompted me to cut out most of the offensive words in my backpacker mystery and republish it on July 31, 2018.

It’s still not one-hundred percent clean, though now the naughty words have a purpose. For example, I seriously doubt anyone threatened with imminent physical torture would say “oh, poop.” (Don’t worry all the violent acts in my novel are implied, not graphically described.)

If you are offended by a few well-placed “f**ks” or “s**ts”, Down and Out in Kathmandu is probably not the book for you. Luckily I learned to temper my potty mouth while writing the rest of my novels…

Down and Out in Kathmandu

Zelda wants to teach children English and ‘find herself’ in Kathmandu. Ian wants to get stoned and trek the Himalayas. Tommy wants to get rich by smuggling diamonds.

A fast-paced, thrilling travel mystery sure to captivate readers thirsty for some armchair adventure. Travel to Nepal and Thailand with three twenty-somethings as they fumble their way towards self-discovery and perhaps a bit of wisdom.

Down and Out in Kathmandu: A Backpacker Mystery is the perfect book for lovers of backpacker fiction and (mis)adventure novels.

Down and Out in Kathmandu is also for sale at these Dutch bookstores and gift shops: Caffe il Momento, Reisboekhandel Pied a Terre, and the De Amsterdamse Boekhandel.

2 thoughts on “Tempering my potty mouth: clean version of Down and Out in Kathmandu”