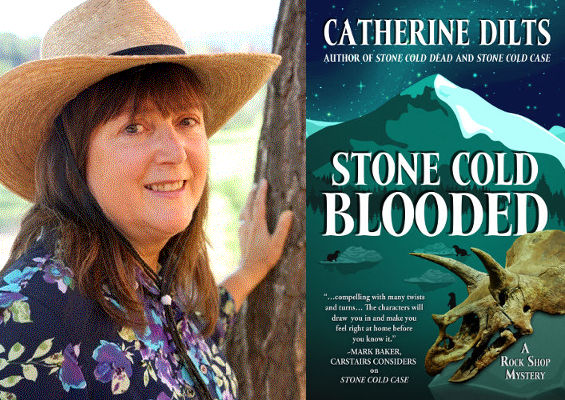 I’m pleased to welcome Catherine Dilts to my blog, author of the Rock Shop Mystery series, set in the mountains of Colorado. Today, Catherine shares with us some of the stories that inspired her novels, fascinating real-life discoveries involving million-dollar fossils, dinosaur poop and a tail bone found in Myanmar.

“Like geodes, those dull round rocks that reveal beautiful crystals when cracked open, most rock shops don’t look like much from the outside. Step inside, and you can discover amazing treasures.”

A Tale of a Dinosaur Tail

Dinosaur poop worth ten thousand dollars? A fossil valued at ten million dollars? A priceless piece of tail found in a Myanmar marketplace?

Readers often ask authors where they get their ideas. I can tell you exactly where one was birthed. While travelling with friends in Moab, Utah, we stopped in Lin Ottinger’s world famous rock shop. We browsed tables, shelves, and boxes loaded with rocks and fossils priced from fifty cents to a dollar. There were even items offered for free! Then I noticed one fossil in a display case with a price of $12,000. Two realizations occurred to me. 1) Fossils can be crazy expensive, and 2) if you have enough money, you may own them. 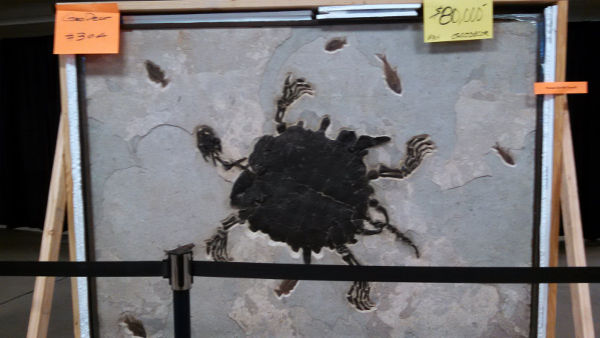 This inspired the idea for my fictional rock shop’s prized fossil – a triceratops brow horn. To the average person, it may look like an oddly-shaped rock, or even a chunk of concrete. Yet they can run $3,000 or more.

Like my main character Morgan, I am not a professional geologist or paleontologist. I just like rocks and fossils. I have been learning along with her, as she takes over the family rock shop.

A news item sparked a plot line in the third novel in my Rock Shop Mystery series. An extremely rare fossil discovered in 2006 captured two dinosaurs locked in a fatal battle. The fossil went to auction in 2013. Although the highest bid was $5.5 million, the reserve price was not met. What surprised me was not so much the extraordinary price expected – ten million dollars — but the controversy surrounding the find, detailed in this article.

The battling dinosaurs were collected privately. A public institution such as a museum or university was unlikely to be able to afford the fossil. It would probably go to a private collection. Lacking officially sanctioned scientific review, doubt was cast on the value of the fossil. No one questioned that the fossil was real, but thus are the politics of paleontology.

More recently, an amazing find was discovered in an amber market in the small Southeast Asian nation of Myanmar. Collected in 2015, a paper published December 8, 2016 revealed the sample contains a feather-covered dinosaur tail. You can see photos of the amber sample here. Although no monetary value was placed on the fossil, the existence of a feathered dinosaur tail is priceless to paleontologists.

The tail is in the hands of the China University of Geosciences, Canada’s Royal Saskatchewan Museum and the National Geographic Society, so the chances of it ending up on a private collector’s shelf is remote. Will scientists recover DNA from the tail? Can a dinosaur be cloned, as in Michael Crichton’s Jurassic Park? Interesting stuff, this science of paleontology! 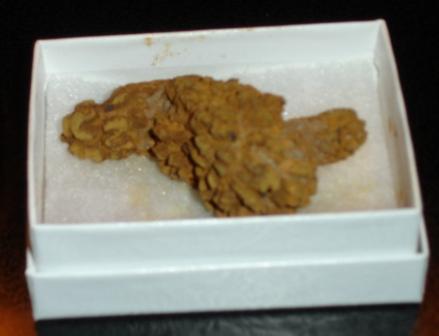 And that expensive dinosaur poop? Fossilized dinosaur feces are called coprolite. The longest coprolite discovered went to auction in 2014 with an anticipated value of $8,000 to $10,000. Who has that kind of money to spend on poop? Okay, so I’ll have to confess. I do own a coprolite. It cost me an astonishing eight dollars.

A theme running through the Rock Shop Mystery series is that what may appear to hold no value may instead be worth a considerable chunk of change. Like geodes, those dull round rocks that reveal beautiful crystals when cracked open, most rock shops don’t look like much from the outside. Step inside, and you can discover amazing treasures.

Catherine Dilts is the author of the Rock Shop Mystery series, set in the mountains of Colorado, while her short stories appear in Alfred Hitchcock Mystery Magazine. Catherine’s day job deals with environmental regulatory issues, and for fun she fishes, hikes, and runs. You can learn more about Catherine at http://www.catherinedilts.com/

Stone Cold Blooded – A Rock Shop Mystery is available on Kindle and Nook and in paperback. 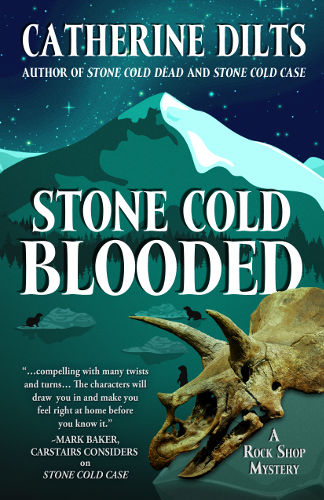 Life hasn’t gone the way Morgan Iverson expected. A widow too young, her children have flown the nest, leaving her feeling irrelevant and alone. When her brother asks her to manage the family rock shop for two weeks, she believes the temporary change of scene will do her good.

On day one, she learns her brother is not returning. On day two, while chasing the shop’s escape-artist donkeys, she finds a body on a trail. The killer thinks she witnessed the murder. If Morgan doesn’t solve the crime, she’ll become as extinct as the fossils lining the rock shop’s dusty shelves.

Distracted by life or death adventure in the Colorado mountains, Morgan makes new friends and begins healing. She starts walking charity 5Ks, is adopted by the local church ladies, and takes a chance on middle-aged romance.

Solving a murder, mostly by accident, gives Morgan a reputation. In book two, she is recruited to solve a fifteen-year-old cold case for a recovering alcoholic who needs closure in her daughter’s disappearance. While investigating, Morgan discovers a rare gemstone that sparks a dangerous treasure hunt.

In book three of the Rock Shop Mystery series, Morgan’s reclusive neighbor is blown to bits. The police believe he stumbled into his own trap, but his granddaughter claims he was murdered. She asks Morgan and newspaperman Kurt Willard to find his killer.

Morgan’s budding romance with Kurt is threatened by the unexpected appearance of his Hollywood ex-wife. She worries that pregnant donkey Adelaide will never drop her foal. When alien hunters invade the rock shop, Morgan is happy to escape to a mineral and fossil show in Denver. Until her hopes for success there turn to disaster.

A feud between Morgan’s uncle and her dead neighbor could provide clues to his demise, but memories of the events decades ago don’t add up. In book three of the Rock Shop Mystery series, a Triceratops brow horn may hold the key to solving a prospector’s Stone Cold Blooded death.

9 thoughts on “MTW: A Tale of a Dinosaur Tail by Catherine Dilts”