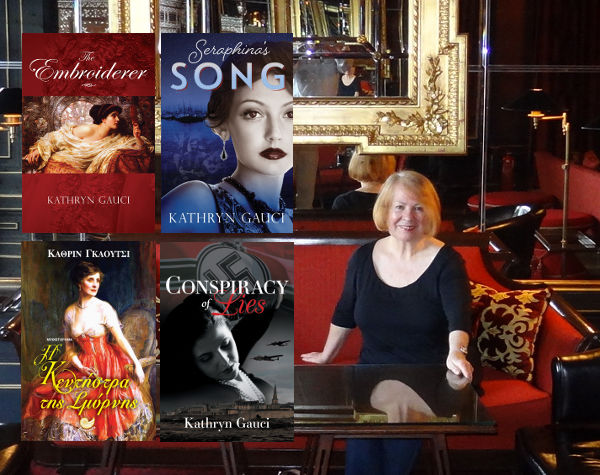 I am pleased to welcome historical fiction author Kathryn Gauci to my blog today! She’s an English expat living in Australia. Before heading Down Under, she studied textile design, lived in Vienna and worked in Greece as a carpet designer. Not only does she lead a fascinating life, her novels also sound intriguing.

I hope you enjoy learning more about Kathryn, her passion for art, and her books.

Tell me a little bit about yourself, your books and your career. 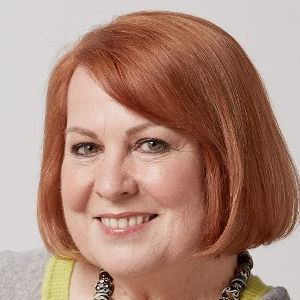 Hi Jennifer, thank you for inviting me to your blog. It’s a pleasure to be here with you. I was born in Leicestershire, England, and studied textile and carpet design at Art College. After graduating, I spent a year in Vienna, Austria before moving to Greece where I worked as a carpet designer in Athens for six years. There followed another brief period in New Zealand before eventually settling in Melbourne, Australia. Before turning to writing full-time, I ran my own textile design studio in Melbourne for over fifteen years.

I am the author of three books, the first being The Embroiderer, a sweeping saga set in Greece and Turkey against a backdrop of the dying days of the Ottoman Empire until the German invasion of Greece in WWII. The second, Conspiracy of Lies, which has just won the Chill with A Book, Book of the Year Award 2017, is a WWII suspense novel set in France, and the third, Seraphina’s Song, is a novella set in Piraeus, Greece, during the 1920’s – 30’s. It is about a bouzouki player who falls for a nightclub singer – a haunting story of hope and despair. 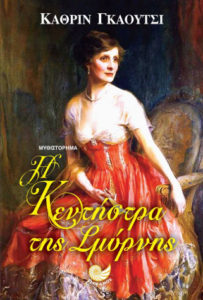 Patrick Leigh Fermor for his inexhaustible charm, amazing visual skills as a writer, fluency in Greek and knowledge of Greece off the beaten track, and his daring as a British agent in WWII, most notably in the kidnapping of German General Kreipe in Crete, May 1944. A gentleman and a true adventurer.

Richard Burton, translator of the Arabian Nights and arguably one of the most eminent of all Victorians. An explorer in the days when one lost their lives easily, he was a linguist, spy, cartographer, and an expert in falconry, to name just a few of his achievements. Another true adventurer.

Why do you write the kind of books you do? 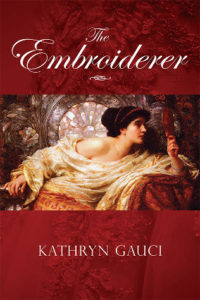 When it comes to Greece and Turkey, as in The Embroiderer or Seraphina’s Song, and the current work in progress, I think it’s a way of holding on to a part of my past which I believed helped to shape me and which holds a special place in my heart. Through this I started to delve into the old world of the Ottoman Empire and have subsequently become obsessed, which is not a bad thing if you are going to be a writer. In most cases, I have either lived in or visited the places I write about. With the second novel, Conspiracy of Lies, set mainly in France, the story encapsulates my interest in WWII which probably stemmed from watching the post war movies and listening to music such as Glenn Miller, etc. Living in Vienna also fuelled my interest in WWII stories. It’s mainly the late 19thc and 20thc European and Middle Eastern history that fascinates me and I firmly believe the momentous events the world went through during this time still affect our lives in many ways.

What is the inspiration behind you current WIP? 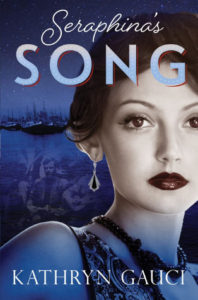 The current novel is the third in my trilogy of Asia Minor stories, the first being The Embroiderer, and the second, a novella, Seraphina’s Song. This WIP one is also a novella and brings out my background as carpet designer. It is set in Usak, Turkey 1914-1922, and is about the friendship between the inhabitants of two carpet-weaving villages, in particular the friendship between two women, and the effect the wars have on them, ultimately destroying them and tearing them apart. For centuries, Usak was the centre of Turkey’s carpet weaving trade. After the population exchange, it went into decline and did not begin to revive until a few decades later, but never again reached the same heights. As is the case with my other books, this is also a human story. None of us know how we will react given such dire circumstances.

What makes you uniquely qualified to write in your chosen genre?

There are a few reasons. The first is that I know my subject well either through research or living and visiting the areas – and never stop researching. The second is that I bring my own background into the stories, through design and life experience, and the third and probably the most important, I have a deep passion for the stories I tell. 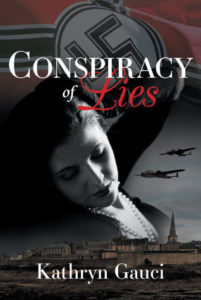 I have two. The first would have to be Sophia in The Embroiderer because she is the one who sees the old Ottoman Empire crumble, her life, and most of her family and friends destroyed, and yet she never loses faith. The second is Claire Bouchard, protagonist in Conspiracy of Lies. Claire is an ordinary person who finds herself working behind enemy lines as a secret agent and must struggle between the love for her country and the love of her life. Both are strong, yet vulnerable women with real emotions that we can all identify with. True heroines.

How do you create a realistic setting in your novels?

The settings are vital to me. I am a visual person and could not even begin to write unless the world I am portraying is as real as I can possibly get. This means invoking all the senses. Sight, sound, taste, smell, touch – they are all important. I try to paint a picture as if I were painting an artwork.

I strongly believe that if we write historical fiction it should be as accurate as possible. Our readers are immersing themselves in this world and want to be there, lock, stock, and barrel. They want it to be real. If it is not, we are doing our readers an injustice, Besides, the story will not resonate if it is not correct. I like to think my readers are reading history without thinking they are being given a history lesson. 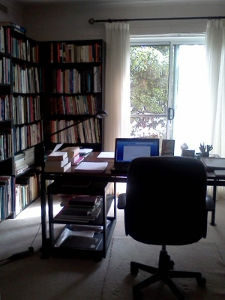 I don’t have a strict routine. I am not the kind of person who feels guilty if they don’t sit at the computer everyday and type a thousand words. I never turn off though and I am always making notes. When I do write, it is usually after 11.00 in the morning and I go on until that particular thread is finished. I particularly like the afternoons. I also think it’s good to take frequent breaks to mull over what you’ve written.

Cooking and baking, gardening, spending time with my husband sitting in the garden with a glass of wine, watching good movies, and reading. On the other creative side, I wish I had more time to do my kiln-fired and lamp-worked jewellery. And I would like to embroider again. So much to do and so little time.

Kathryn is also a member of Travel By Book, a Facebook group dedicated to travel fiction and non-fiction. If you love to read or write books strong in setting, consider joining us!