Luxembourg is a fascinating little country that is quickly becoming one of our family’s favorite holiday destinations. On our third trip to this tiny country, we choose to head south to the Mullerthal region, also known as little Switzerland. Echternach, the area’s cultural capital, was indeed the perfect place for us city folk to get back to nature for a few days and explore the hilly, forested region. In Part One of this post, I shared pictures and stories about Echternach. Today I would like to share our impression of Vianden and Beaufort, Luxembourg as well as Trier, Germany. 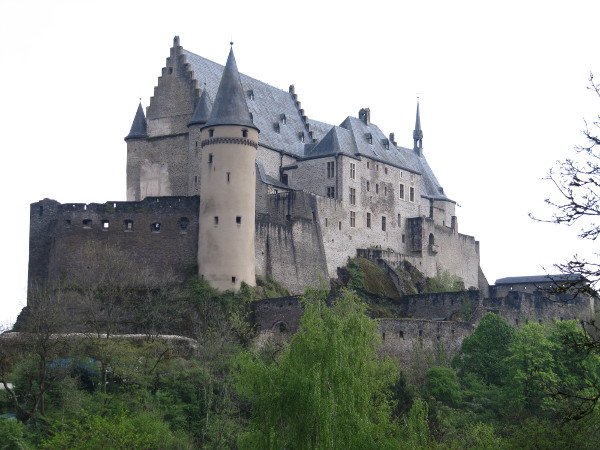 Vianden Castle (or the Castle-Palace of Vianden) is a thirty-minute ride from Echternach. It is a most impressive castle, perched on a scraggly peak jutting out into a valley high above the Saurer River.

Originally built in 1220 by Henry I of Vianden then added onto by its various owners throughout its history, the castle is now considered to be a jewel of Romanesque and Gothic architecture. Exhibitions inside the castle also highlight the fact that Victor Hugo admired the castle and wrote about it. The Lower Chapel is the highlight. 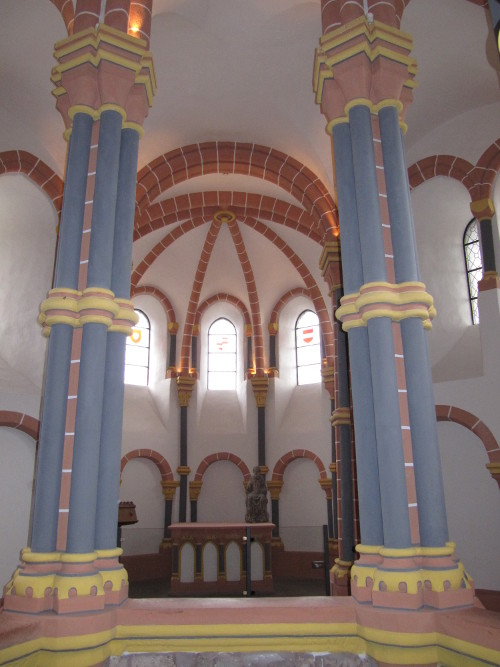 In 1417, it was passed by inheritance to the House of Orange, the forefathers of the Orange Nassau family and Royal Family of the Netherlands. In 1970s, after years of neglect, it was returned to the Grand Duke of Luxemburg and restored to its former glory by the State of Luxembourg.

Beaufort is home to the remains of two castles and a poignant World War Two memorial, one of many we encountered in the region. This town was pretty much destroyed during World War Two, as were many villages in this sparsely populated area.

Trier is a lovely forty-minute drive from Echternach, through the red sandstone valley of the Moselle River and wine region. It is possibly the oldest city in Germany and home to the ‘Basilika’, built by Constantine the Great as a Throne Room.

The Basilika is the largest surviving single room structure from Roman times and now home to a church. The Electoral Palace of Trier, in fact a modern wing of the Basilika, is considered to be one of the most beautiful rococo places in the world.

In the Old Town we visited the Cathedral (Dom), the oldest Bishop’s church in Germany. It is comprised of three basilica’s: Romanesque, baroque, and Gothic.

When we arrived in Trier, we discovered the town was celebrating ‘Der Heilige Rock’, a festival in honor of the Holy Robe of Jesus. This relic, housed in the Dom, is said to be the ‘Seamless Robe of Jesus’ and worn by Christ during his crucifixion. It was brought to Trier by the first archbishop’s mother, Empress Saint Helena, who claimed to have purchased it during a pilgrimage in Jerusalem. The Dom also houses a Holy Nail, believed to be used during the crucifixion.

Echternach turned out to be a wonderful place for a family vacation, not only because of the village and surrounding nature, but also its proximity to other interesting towns and cities. We’ve only been back home a few weeks yet are already looking forward to our next trip to this region of the Grand-Duchy of Luxembourg.