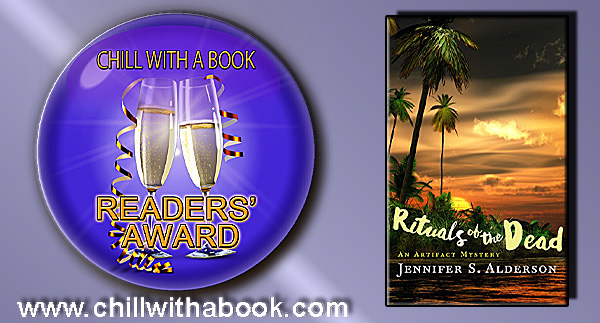 Happy days! Rituals of the Dead: An Artifact Mystery won a Chill with a Book Readers’ Award!

Many thanks to the Chill with a Book reviewers for choosing my latest thriller! Check out the award page here.

Stolen artifacts, a missing anthropologist, and a pesky amateur sleuth.