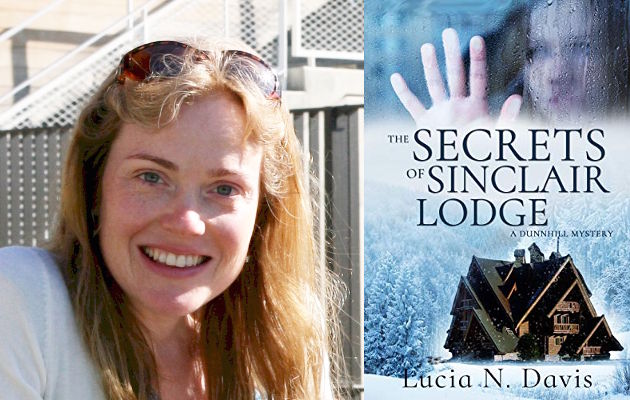 It is my pleasure to welcome mystery author Lucia N. Davis back to my blog. Today she is sharing with us a new article about her latest book, The Secrets of Sinclair Lodge, and how moving abroad can influence your fiction writing.

Caught between two cultures: how emigration influenced my writing

About fifteen years ago I moved across the Atlantic, because the man I fell in love with happened to be an American. I don’t consider myself an expat anymore—my status has since then changed to that of an immigrant. Being away from my motherland has influenced my writing in all sorts of ways, although at a first glance it may not appear so. After all, I write a mystery series set in a small mountain town in the Pacific Northwest, and my main character, Sara Eriksson, is an American woman.

My roots are my family and my heritage. Starting a new life in another country was very exciting, but it also left me without an anchor—adrift—in need of building new foundations. I often joke with my friends that I am still stuck somewhere in the middle of the Atlantic Ocean—maybe not quite Dutch anymore, but still not feeling fully American.

It was only after I wrote the first two books in the series, I realized I had poured my own desire to belong somewhere into Sara, within the framework of her own story. I have to admit it was oddly therapeutic. Sara however, is not an immigrant, but she is the daughter of one. In my latest release, The Secrets of Sinclair Lodge (#3), she mentions her Swedish father, who married an American woman. She is, like my own children, the product of two cultures—although the American one has the upper hand.

My children will always have a faint pull from this other country they don’t know all that well, yet is part of them, whether they realize it or not. They love black licorice and are well on their way to becoming true chocolate snobs. They get inundated with European history and obscure facts about the Netherlands. And they know that when I start yelling in Dutch, I’m really angry.

Despite this, my children’s knowledge of the Dutch language is rather rudimentary. They understand the basics and have developed a keen sense of picking up on Dutch cuss words. Every now and then I give them some solid Dutch pearls of wisdom, like: “Don’t let them eat the cheese off your bread” or “You never know how a cow catches a hare…” But those really don’t translate as well as one would hope.

In The Secrets of Sinclair Lodge, Sara will actually say something in Swedish. Like my kids, she also doesn’t know the language very well, but in her case it has more to do with the fact that I don’t speak ANY Swedish! (Other than: “Hej!”) My editor had me hunt down some native Swedes to get this sentence off the ground. We trust Google translations, but maybe not as much when it ends up in a published book. Since I don’t know any Swedes either, it was more problematic than I had thought. Maybe picking a Swedish heritage for Sara wasn’t my brightest idea, but on the other hand, it has really bumped up the country on my list of places to visit!

Writing has been a wonderful outlet for me. I have learned things about myself I didn’t know beforehand, and thus far, the whole journey has been an invaluable experience, as well as a fun one. I look forward to continuing Sara’s story—at least for one more adventure. But first maybe, I should go and learn some Swedish.

The Secrets of Sinclair Lodge 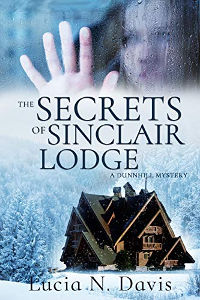 In Sinclair Lodge, you are never alone…

Sara Eriksson has moved to Dunnhill, a charming, small mountain village tucked in the Northern Cascades, to be closer to her boyfriend David. The start of the winter season has transformed the town into a snow-lover’s paradise—but perhaps not the paradise Sara had in mind.

Sara’s bank account is a disaster. Work is hard to come by. David, who is mourning the loss of his grandfather, has withdrawn into an obsession for skiing—an obsession he desperately wants to share with Sara. She doesn’t know how to ski, but David is determined to teach her. And if that wasn’t enough to deal with, she stumbles upon a dead body.

When an unexpected job offer comes her way—tutoring a young girl in the famed Sinclair Lodge—her problems seem to be solved. However, she quickly finds out they are only getting started. As she mingles with the rich, powerful and disturbing members of the Sinclair household, she becomes entangled in a web of secrets, lies and intrigue. Before long, her haunting dreams and visions return, slowly exposing the terrifying truth.

But what is the truth? Whom can she trust? And who might be coming for her? The journey ahead is a treacherous one. She soon realizes she has to watch her step, for there is danger hiding in every corner…

Buy it now on Amazon.

4 thoughts on “Caught between two cultures: how emigration influenced my writing by Lucia N. Davis”