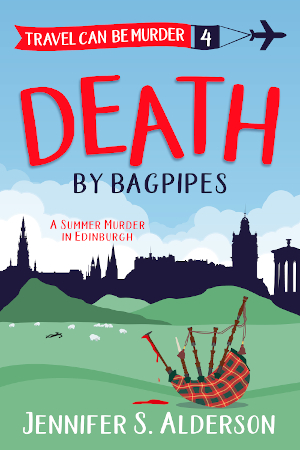 Follow the further adventures of tour guide Lana Hansen in Death by Bagpipes: A Summer Murder in Edinburgh!