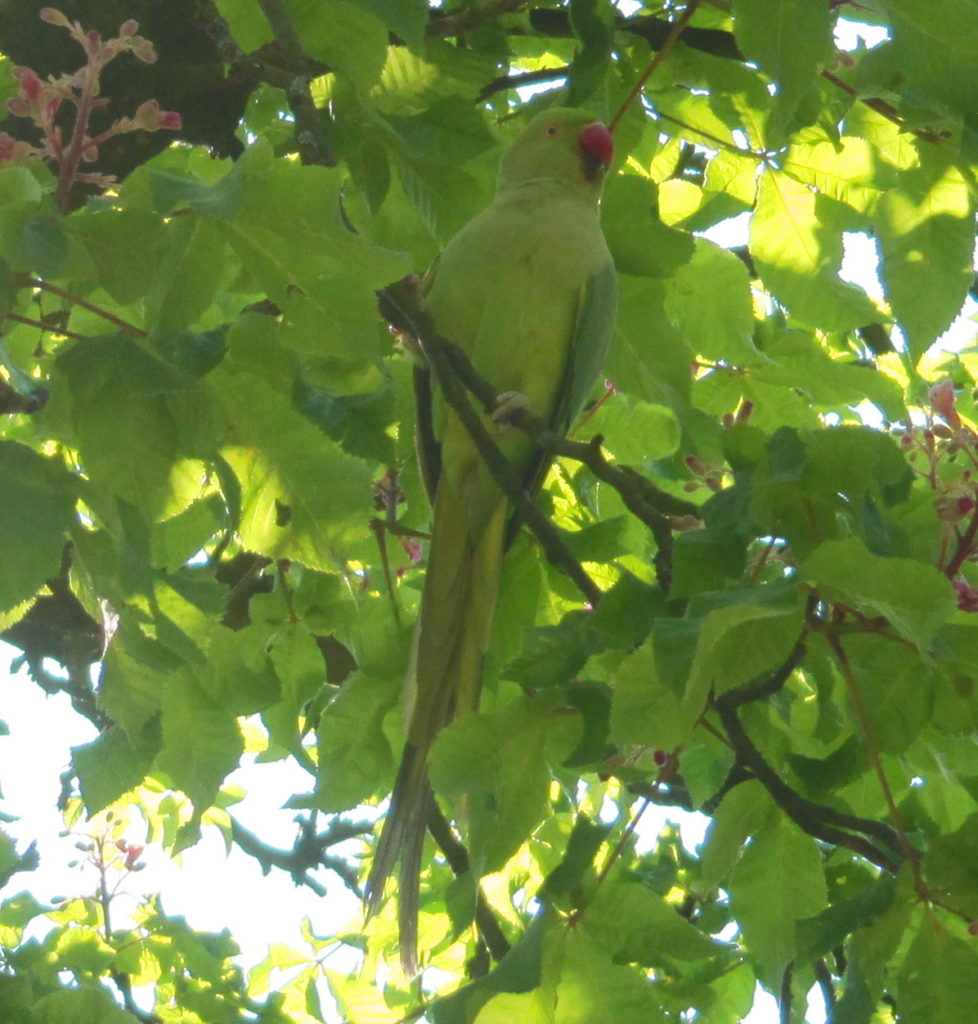 When I first moved to Amsterdam, the last thing I expected to see where flocks of rose-ringed parakeets residing in the city’s many parks. The beautiful pink and blue rings around their necks and in their tail feathers make them quite a sight to see. If you hear their high-pitched squawks nearby, go take a closer look. Thanks to their curious nature, they’ll probably check you out as well!

The first official sighting was in 1976 in Vondelpark, the same place where the once pet birds were presumably released or escaped. This park is still their main breeding group and large colonies can easily be spotted there flying around, feasting on nuts, or poking their heads out of the tree holes they like to nest in.

At the last official count in 2010, there were 3,700 wild parakeets in Amsterdam and 10,000 in the Netherlands as a whole. Their population doubled in size since the previous count in 2006. Though in some countries they are seen as a hostile, non-native species, here in Amsterdam we are quite proud of these hardy little green birds and they are by many considered to be ‘local’.

What kinds of unexpected wild animals do you have roaming around your city that visitors find strange, unique or interesting? 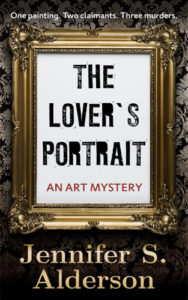 Here’s a short excerpt from The Lover’s Portrait: An Art Mystery in which the parakeets of Amsterdam make their first (of two) appearances:

“Her mother had written to several friends and acquaintances after the war, asking if her father had stayed with them during the summer of 1942 or stored any art or supplies with them. Rita found the letter her mom mailed to Arjan van Heemsvliet, only because it had been returned as undeliverable. It’s not much, but it does indicate the two families knew each other.”

A whoosh of wings and screeching calls drowned out Friedrich’s answer as a flock of ring-necked parakeets passed low over the picnicking public and landed in a maple tree behind them, the same tree a group of French tourists were barbequing under.

Amsterdam was home to more than two thousand of these small green parakeets, presumably the result of captive birds being released into this very park in the 1970s. To Zelda, their presence was just one of the many unexpected delights of living here. She shielded her eyes with one hand to get a better look, admiring their florescent green color offset by orange beaks, and the light rings of blue and pink circling their throats like necklaces.

The birds squawked and whistled to each other as they took their positions in the large tree, its many branches heavily laden with ripened fruit. All at once, they fell silent and began feasting; tearing off the baseball-sized samaras with their claws, then ripping them open with their beaks to get at the savory nut inside. Moments later, empty shells began raining down on the unsuspecting tourists below. The French did their best to protect their heads from the spikey husks while quickly gathering up their grill and belongings.

“Must be payback for roasting their fellow fowl,” Friedrich joked when a few chicken wings fell off the BBQ as the tourists scurried away, their own shrieks mimicking the parakeets’ high-pitched calls. Before the French could find another spot to set up their picnic, the birds finished feasting, taking flight as suddenly as they had arrived.

“That letter’s existence, the one Rita’s mom sent to Van Heemsvliet after the war, means there’s still a chance her father asked Arjan to store his artwork for him, as a favor for a friend,” Zelda persisted, as soon as the birds had flown off and they could hear each other again. “It was addressed to his home so they must have known each other socially.”

Enjoy the excerpt? Pick up the book now at your favorite online retailer! Visit The Lover’s Portrait book page for up-to-date links.

2 thoughts on “Parakeets of Vondelpark”