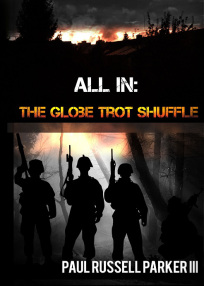 I’m thrilled to share an article by Paul Russell Parker III, MysteryThrillerWeek author of All In: The Globe Trot Shuffle, about his tour of duty in Iraq and the devastating looting he witnessed of museums, government buildings and Saddam Hussein’s palaces.

As Paul writes, ‘One of the greatest losses a society can face is the loss of it’s past… Ancient ruins belong to all of humanity, and are visual testimony to the world that we come from somewhere and are continuing that long and storied journey.’

Iraq is a beautiful and memorizing place.  It is rich in culture and history.  It’s Mesopotamia, the birth place of civilization. So, it’s heart wrenching to see all the conflict that’s been happening there since man decided to stop gathering and started to till the land.  The city-state kingdoms that have called the fertile crescent area of Iraq home; since time immemorable, have been conquered over and over.  One of the greatest tragedies inflicted on civilization was the sacking of Baghdad by the Mongols.  The rivers coursing through Baghdad ran black with ink from all the books thrown into it. The treasure that was the House of Wisdom in Baghdad was lost to us, and countless important works disappeared forever.

One of the greatest losses a society can face is the loss of it’s past. Its relics and artifacts tell the story of a people long gone.  Ancient ruins belong to all of humanity, and are visual testimony to the world that we come from somewhere and are continuing that long and storied journey. 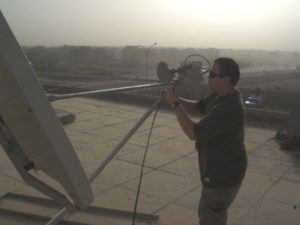 I have witnessed the tragic beauty of Iraq in person.  A place so historic is also a place of untold suffering.  The people are under siege and their history is being wiped off the map.  World history is at risk.  I’ve stood on the banks of an oasis on Al Asad Air Base in Anbar Province.  A stone marker in English and Arabic commemorated the spot called Abraham’s Well.  It was there, Abraham from the bible stopped to refresh himself on his travel to Canaan.  That was in early 2008 while I was a civilian working on a contract for the Department of Defense.  With the current state of affairs happening now and the attack on ancient monuments, I wonder if that stone marker still stands.  Will anyone know that Abraham ever stopped there?

I was in Iraq even earlier than 2008.  The first time I stepped foot in the country was on March 21, 2003.  I was a Lance Corporal in the United States Marine Corps, part of the 1st Marine Division. I was unprepared for what happened next.  We, the 1st Marine Division Forward, fought our way up to Baghdad, but didn’t stop there.  We made it all the way up to Tikrit, which was Saddam’s hometown.  Along the way, we fought the enemy, but also had to deal with the humanity aspect of modern combat.  Basic services stopped, and the local populace was suffering.  We had to alleviate the suffering while trying to topple the regime.

Once we got to Baghdad, we ran into a problem we weren’t trained for.  Looting was occurring on a massive scale.  People carried, dragged, or carted away anything that they could get their hands on.  Stores, houses, government buildings, banks, and all manner of buildings were being emptied.  What were we to do?  Old women were carrying items from government warehouses, items that were withheld from them by the regime.  Were we to confiscate anything?  When we asked our superiors, we were told that the people were just getting their sh*t back that the government stole from them in the first place.  So, we stood to the side while on patrols and watched. 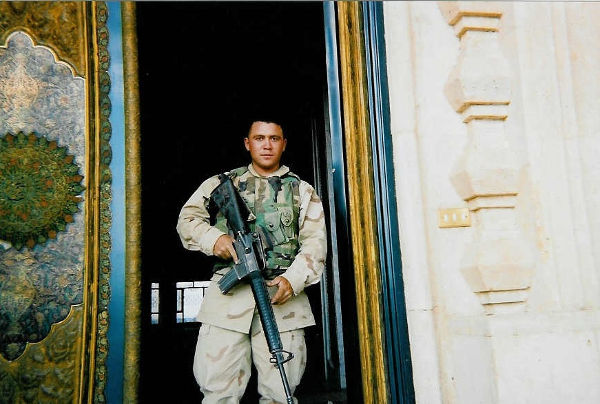 We were told that museums were being looted and it was a punch in the gut for us.  We didn’t know that caretakers were hiding items at that time.  All I could think of was the items that were going to be lost to the public forever.  Assyrian, Chaldean, Babylonian…  What evidence of our past was being erased?

Looting took another twist.  When my unit reformed into a new unit called Task Force Tripoli, we fought our way north to Tikrit and we were in for a surprise.  We took over Saddam’s new palace complex in his home town.  Palaces, mansions, and villas were filled with extravagant works of art.  Many of the places were looted by the local populace or emptied by the fleeing regime family members before we got there.  The art and decorations that were left astounded us.  To see so much opulence in that palace complex in a country where so many people are oppressed bothered us.  Saddam stole the countries past, and tried to make it his own.  The evidence was everywhere.  One of the grandest murals I’ve ever seen was a scene depicting Nebuchadnezzar and his forces transitioning to Saddam and his forces.  Hammurabi, he was not.

With so much personal time and experience in Iraq, I decided to incorporate what I’ve seen into my books.  My characters in All In:  The Globe Trot Shuffle, experience my trials and my tribulations as US Marines during the 2003 Invasion of Iraq.  They witness the looting of Baghdad that I saw firsthand while partaking in their own kind of trophy hunting for military gear on military bases that I did. They experience the same anger at viewing the extravagant palace complex in Tikrit. Everything that I went through, my characters went through. From driving around highways in Kuwait with fully loaded weapons in 2003, to being contractors on military forward operating bases in 2008. My protagonist sees the same city lights from the rooftops of combat outposts that I saw when I worked there as a contractor.  They interact with hotel workers in Kuwait like I did. By utilizing my experiences, readers will enjoy the most realistic depiction of our military in Iraq that they ever will read in a fiction.

All In: The Globe Trot Shuffle 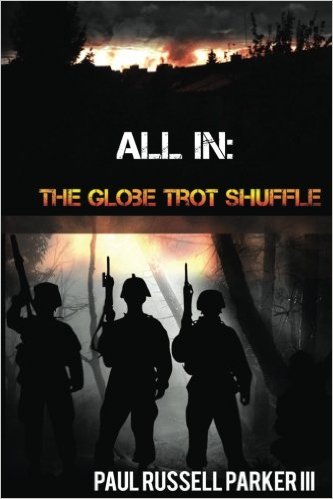 You see the characters in the military or as civilian contractor’s years later. They’re on FOB’s or sleeping in holes. Then it moves to Kuwait. You get to see a border crossing station, and a swanky 5-star hotel. The characters then move onto a container ship that’s traveling from Kuwait to South America. You get to see how life on a ship transiting pirate infested waters around the Horn of Africa, is.

The characters make landfall in Guyana, and explore hotels and bars. From the port in South America, they travel the Caribbean on a private yacht to Roseau and Portsmouth, Dominica.

The story is about four US Marines who make an amazing discovery in a mansion during the 2003 Invasion of Iraq. This discovery will force them to cross a line that there’s no turning back from. The line between good guys and bad guys are now blurred.

The group soon finds that making their dreams come true isn’t as easy as flying home and making a deposit. They need to safeguard their discovery during a shooting war, and keep it hidden from locals as well as their fellow Marines. They decide to stash it for the lack of a better idea.

Years later, the group of Marines are now civilians working in Iraq on a contract to the military. They must find their way past Iraqi Police checkpoints as well as insurgents to secure their discovery. After that, they must get home to make good on it. The only way to do that while carrying something highly illegal is to travel as low key as possible. They embark on a dangerous journey with Bedouins, on a shipping container ship, and on private boats to see their plan to the very end. 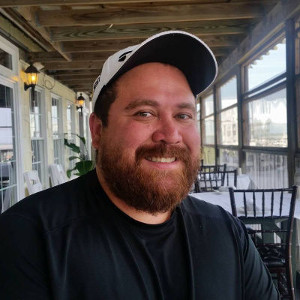 Paul Russell Parker III is married, and is a father. He was born in southern California, and now lives on the North Carolina Crystal Coast. He enjoys spending time outdoors with his family, especially during the summer when they can go to the beaches of the Southern Outer Banks. He is a Veteran of the United States Marine Corps, and Operation Iraqi Freedom 1.

After the military, he earned his Associate’s degree from Coastal Carolina Community College, and his Bachelor’s degree from the University of North Carolina Wilmington. Since then he’s traveled all over the world, and has had a wide variety of jobs. Including working as a commercial and military satellite technician on defense industry contracts to the Department of Defense in Qatar, Oman, and Iraq. To learn more about Paul and his books, visit his website.

Do you love to read art-related mysteries and thrillers? All In: The Globe Trot Shuffle is one of 20+ novels in MysteryThrillerWeek’s Art-Related Mysteries and Thrillers Theme. Click here to see more of these exiting MTW titles.

Don’t forget to check back here on January 19th for the third MysteryThrillerWeek Theme post, this time about Historical Mysteries and Thrillers by MTW authors.