Luxembourg is becoming one of our favorite places to take a family vacation, especially now my son is old enough to hike with us. On our third trip to this tiny country we choose to head south to the Mullerthal region, also known as little Switzerland. Echternach, the area’s cultural capital, was indeed the perfect place for us city folk to get back to nature for a few days and explore the hilly, forested region. 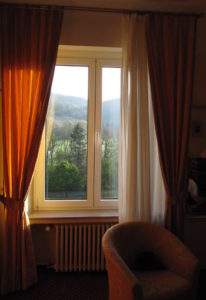 We stayed in the Grand Hotel, a large hotel on the outskirts of town, which turned out to be quite grand indeed. It was a nice mix of old and new, with a great restaurant serving the wonderfully delectable dishes (influenced by French and German cuisine) we have grown accustomed to enjoying while in the Grand-Duchy. And it had a swimming pool with disco lights which made the trip complete, as far as my son was concerned.

The region is most famous for the Mullerthal Trail, a network of fabulous hiking trails stretching 110 kilometers through the rugged and forested hills.

To our surprise, our hotel was located smack dab in the middle of a 6.5 kilometer loop that went down to the Saurer River and along its shrub-filled banks, before heading up a large hill through granite rock formations and old trees. 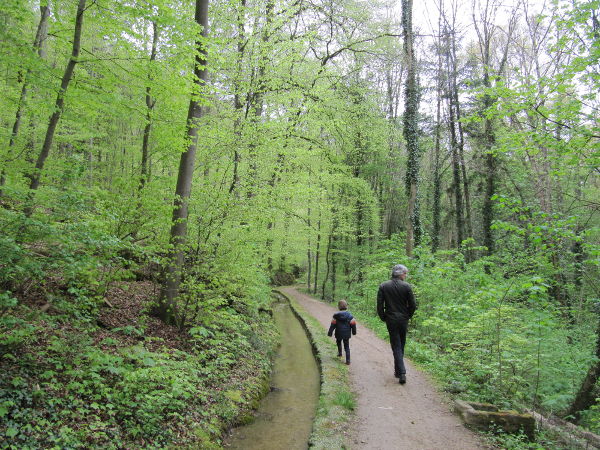 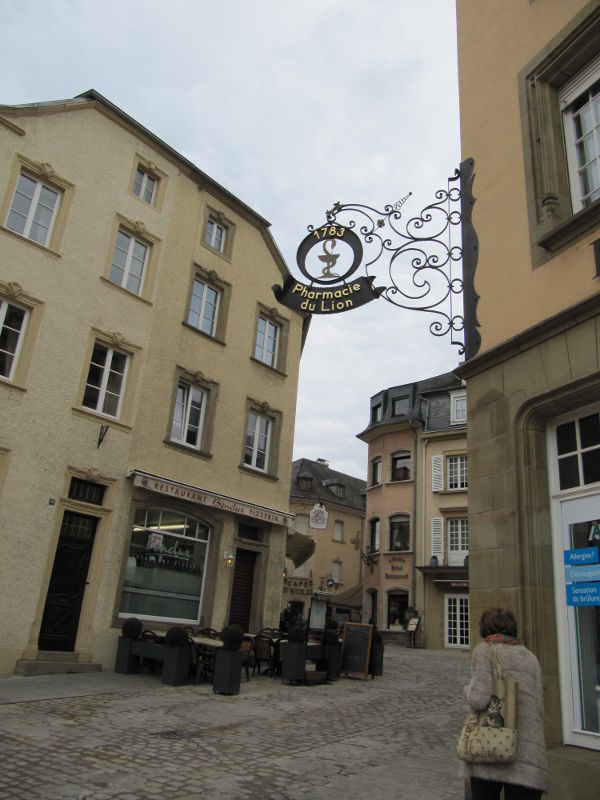 Echternach is the oldest town in Luxembourg. The village grew around the Abbey of Echternach, founded in 698 by Saint Willibrord, an English monk who later became the first Bishop of Utrecht (The Netherlands). In his honor, a Dancing Procession is held every White Tuesday. Pilgrims from all over the world come to Echternach to celebrate this UNESCO protected tradition by performing a unique spring step dance through the city. 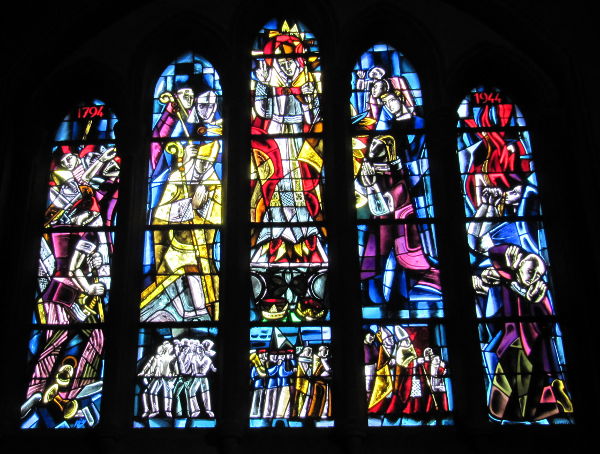 Echternach was a ghost town the week we were there because a two-week school holiday ended the day we arrived. A cafe owner assured us it wasn’t usually like this. Many shop owners decided to close down for a few days to recover from the ‘crazy’ amount of visitors that descended upon the town during the school holiday.

The town is situated along the Saurer River, which separates Luxembourg from Germany. The German city of Echternachtebruchë is only a short bridge crossing away.

I hope my photos have given you a better idea of what Echternach is like. In Part Two, I’ll post pictures and information about other villages close to Echternach and Trier, Germany. Thanks for stopping by!