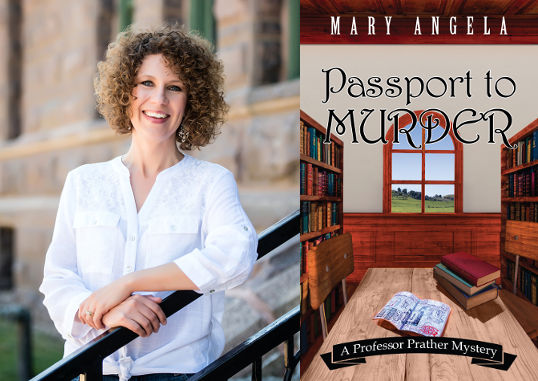 It is my pleasure to welcome cozy mystery author Mary Angela to my blog today. She’s certainly still celebrating the August 15th release of the second book in her Professor Prather mystery series, Passport to Murder. Emmeline Prather, the series’ lead character, is about to travel to Paris for the first time – or so she thinks.

Mary’s article about The Power of Place eloquently describes the feeling of arriving in a new destination you have longed to visit, only to be overwhelmed by the experience. I enjoyed reading about her impressions of France and learning about the Paris and Stendhal Syndromes. I hope you do, too!

The Power of Place by Mary Angela

My protagonist, Emmeline Prather, is a major Francophile. In the second book of the Professor Prather mystery series, Passport to Murder, she’s finally getting her chance to visit France—or so she thinks. But she soon finds out death never takes a holiday, even on spring break. She returns to the university with an unstamped passport and a murder to solve. 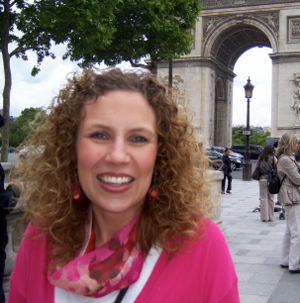 Like Em, I had an opportunity to travel to France several years ago. Fortunately, murder didn’t thwart my trip. I arrived safely in Paris in the middle of spring, armed with multiple guidebooks and an English-to-French dictionary. But no amount of reading could’ve prepared me for the experience.

Coming from the Great Plains, I have an affinity for wide-open spaces. I hadn’t imagined cities could be beautiful until I arrived in Paris. Sure I’ve been to my fair share of metropolises, but none of them matched the grandeur of Paris. In one of my guidebooks, I read Paris was designed for pedestrians, and I believe it. Every walk gave me pause; every avenue revealed something gorgeous. Outdoor cafés were enticing, and despite my ambitious schedule, I found myself wanting to sit still, to absorb not the famed monuments but the lifestyle. 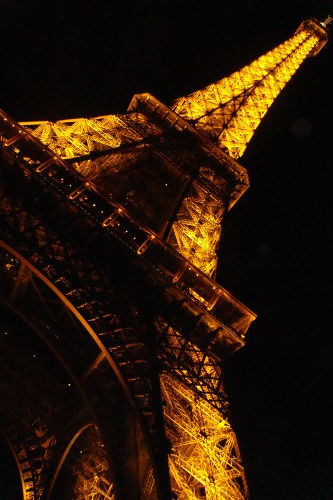 Nonetheless, I plodded on. I toured the Notre Dame, Louvre, Palais Garnier, Arc de Triomphe, and Eiffel Tower. None of them disappointed. Yet my most memorable outing came from one of those walks, past a store called Au Nom de la Rose. Inside the flower shop, a man in a leather apron was cutting roses. He had hundreds of them in a wooden barrel, and the fragrance was unlike anything I’d ever experienced. Now, when I walk past the scented rocks I brought home from the store, the memory is stronger than ever. Next time, I tell myself, I will take time to stop and smell the rose that is Paris.

Some tourists, however, experience a very different city. In Passport to Murder, André Duman (the hunky French professor) tells Em to guard herself against the Paris Syndrome. The Paris Syndrome (first identified in the 1980s) is the sense of disillusion first-time travelers experience when the real city doesn’t match up with their imagined version. The Japanese, especially, have been prone to this syndrome since idyllic images of Paris proliferate their media. According to The Atlantic, many Japanese tourists suffer with symptoms such as hallucinations, dizziness, and sweating. 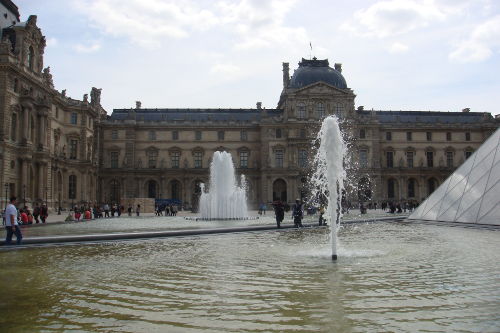 Yet Paris isn’t the only city known to cause upset. Jerusalem confounds tourists each year, sending some into religious psychosis, and Florence has its own phenomenon problems. The Stendhal Syndrome (or Florence Syndrome) can cause fainting, dizziness, and confusion to those who overload on beautiful works of art. Fortunately the cure for all of these syndromes is simple: return home.

As much as I like to travel, I love coming home. Recently, I returned from a trip to the Grand Canyon, and driving from the Minneapolis airport, I remember seeing long stretches of green grass and knowing I was close.  Grass, such a simple thing and yet so missed in the dry state of Arizona. It, like a compass, told me which way to go. Place has that effect on us. It can evoke a range of emotions: disillusion, awe, fear, and belonging. No matter the feeling, though, its power is undeniable.

Mary Angela is the author of the Professor Prather academic mystery series, which has been called “enjoyable” and “clever” by Publishers Weekly.

She is also an educator and has taught English and humanities at South Dakota’s public and private universities for over ten years.

When Mary isn’t writing or teaching, she enjoys reading, traveling, and spending time with her family. 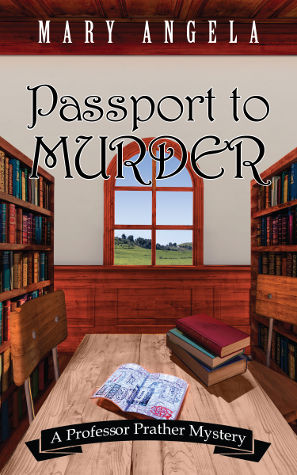 This semester, it seems that Professor Prather’s dreams are about to come true. Ever since she was a young girl, she’s imagined going to France, and her French colleague, André Duman, has finally made that trip possible. Over spring break, she and André are to lead a group of students and faculty to Paris to explore the City of Light. But before she can utter her first bonjour, a professor dies, and they are stuck in Minneapolis. She returns to Copper Bluff with an unstamped passport and a mystery to solve.

When André becomes the prime suspect, Emmeline puts her research skills to good use, determined to find out who really killed the professor and spoiled their spring break plans. With thirteen travelers assembled, the possibilities are varied and villainous. Luckily, her dear friend and sidekick, Lenny Jenkins, is close by. Together, they will sort through the conflicting clues even if it costs them time, trouble, or tenure.

Pick up your copy now on Amazon.

6 thoughts on “The Power of Place by Mary Angela”