Welcome to the second of two guest posts about South Africa as setting for a novel, by MysteryThrillerWeek authors Sarah Key and Zaheera Walker.

Today Sarah Key provides us with an electrifying glimpse into this fascinating land, a continent that, in her words is ‘both breathtakingly beautiful and profoundly disturbing’.

Setting as a Viewfinder for African Thrillers 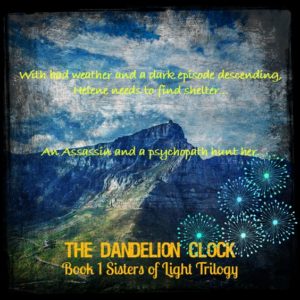 Southern Africa is an intriguing place. The iconic bushveld is home to species such as zebra, giraffe and elephant and the silhouettes of these animals can be seen breaking the skyline above the treetops below a seemingly never-ending expanse of sky. At dusk and dawn bird calls herald pastel hues before fiery oranges and reds add another dimension to the magical picture. This is the wilderness, one that attracts visitors from all corners of the world.

The setting of a story does much to pique a reader’s interest and add a mixture of curiosity and wanderlust. Settings create moods for a writer, provide the physical environment for action and influence characters’ choices and experiences. They are the canvas upon which the tale is painted. Amazing Africa is a continent that is both breathtakingly beautiful and profoundly disturbing, so, as a South African writer, I have the advantage of drawing upon extraordinary locales in which to set my psychological thrillers.

A smattering of dramatic natural beauty on offer within this geographical photo-frame include Cape Town’s Table Mountain and its rugged coastlines, Zimbabwe’s Victoria Falls and fertile farmlands, and Zambia’s floodplains and national parks.

It is the gritty past and the evolution of the cities and towns in the southern-most part of the continent, however, that provide complex and fascinating socio-cultural aspects to draw from.  The unique history of the southern African countries shaped their development.  Skillfully using tension and discordance that arise from the particular historical footprint of a place can heighten dramatic action and add enthralling depth.

The scars of the legacy of Apartheid – a system of racial segregation enforced in South Africa through legislation from 1948-1994 – remain clearly visible as blights on urban regions. Townships, demarcated for Black people, are still shameful dirty, dusty shanty towns with poor sanitation, no electricity and insufficient water supplies. 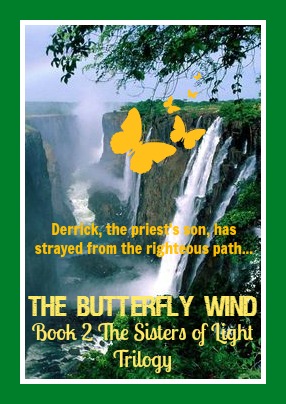 The city centre and surrounds of Johannesburg – the biggest city in South Africa and its economic heartbeat – resemble urban slums. Hillbrow, a once trendy and Bohemian flatland, is a dangerous and filthy No-Go Zone in which drugs and sex are pedaled. Tourists are warned to avoid the area.

Land reclamation in Zimbabwe was intended to alter the ethnic balance of land ownership and targeted white Zimbabweans of European descent. Many productive sugarcane, coffee, cotton and tobacco fields now lie barren and neglected as farmers were driven from their beloved land, often killed, by so-called ‘war-veterans’ ridding the country of  colonial oppressors.

South Africa is often described as ‘the Rainbow Nation’ when varied ethnic groups were encouraged to unite once a democratic system came into existence in 1994. As a former academic, I taught at a university for a decade and travelled the country working in the devastating arena of HIV and AIDS training. On my journeys I gathered narratives on a range of sensitive issues such as male circumcision and sexual abuse.

In my novels, I provide insights into a range of social issues across cultures in the rich context of African life. A partly ethnographic approach aims to break down taboos and get readers to think about matters by wrapping them in the guise of fiction. I hope that, by considering events through the specific perspectives of characters, readers will become more inclusive and tolerant of traditional cultures and ethnic practices different from their own.

Brief Overview of My Books

My debut novel, Tangled Weeds, is set between Zimbabwe, the fertile farmlands of the then Northern Province of South African known for its cultivation of fruit such as mangoes and litchis, and Hillbrow, an urban slum.

My second book, The Dandelion Clock, the first in a trilogy, uses Cape Town as the set for the production. From dodgy docks, to pristine beaches, to the rugged footpaths of Table Mountain with its tablecloth of clouds and a strong South Easter blowing, this city delivers mood, magic and madness. On the charred slopes of Devil’s Peak on Spring Equinox, the final act plays out.

The Butterfly Wind is a mover. From Cape Town to Harare, Zimbabwe to Lusaka, the capital city of Zambia, adventures abound. Ride the rapids of the Zambezi River, hear the roar of the Victoria Falls and bungie jump with Derrick off the railway bridge into the majestic Batoka Gorge.  Feel Joanie’s anxiety when she returns to Chistlehurst Manor outside Lusaka and the house, like an indefatigable archivist, digs out and presents disturbing memories from its annals.

In my novels, I attempt to present Southern Africa with its blends of old and new, mystical and modern, city and country. I work hard to write in a gripping graphic fashion so that readers feel they are breathing in the dust of the country and experiencing the scorching heat of the African sun. To me there is no better setting than this extraordinary, brutal, unique land. 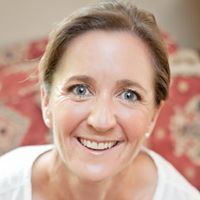 Once an English teacher, Sarah Key moved into Adult Education. She travelled South Africa leading a programme aimed at reducing the ravages of HIV and AIDS. Sarah has always been fascinated by the aberrant human mind. She reads thrillers and watches crime channel television in between writing. She is married and has two young daughters.

Do you love to read books that transport you to other cities and countries? Sarah Key is one of 20+ authors with novels in MysteryThrillerWeek’s Mystery and Thriller Passport Theme. Click here to learn about more of MTW’s international mysteries and thrillers.

Don’t forget to check back here on January 12th for the second theme post about Art-Related Mysteries and Thrillers by MTW authors.

One thought on “MTW: Setting as a Viewfinder for African Thrillers by Sarah Key”