Welcome to the first of two guest posts about South Africa as setting for a novel, by MysteryThrillerWeek authors Zaheera Walker and Sarah Key.

I know South Africa is high up on my ‘bucket list’. Today Zaheera Walker gives us a special glimpse into this fascinating land. And contrary to popular belief, lions and cheetahs do not roam freely on the streets! 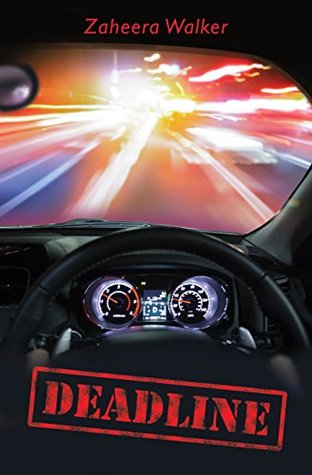 DEADLINE is a romantic suspense novel for adults. It is set in Phoenix, Durban and surrounding areas in the province of KwaZulu Natal.

The main character FERIYAL ADAM is a young woman who is a determined journalist. This 20-something woman is too much yet never enough. She breaks the rules and goes after a serial killer. Nothing holds her back until she walks into his trap. A deadly one at that.

You see Durban has a rich tapestry – from the arts to the artists everything here is the perfect picture. There is the comfort of beaches, mountains and rolling greens; the people here are just something else. Only in Durban you are a stranger today and family tomorrow.

From the language to the modes of transport and from the dress codes to the lifestyle, Durban is different yet it is the same.

Did you know this beautiful city is the holiday mecca for tourists? Thousands flock here because of the golden beaches, battlegrounds – remember Shaka Zulu? – he ran the lengths and breadth of Durban during his days – and the blue skies.

Phoenix is a small town north of Durban. This is a developing area that is showing promise in terms of investment opportunities. Did you know that the SatyaGraha (nonviolent resistance) founder Mahatma Gandhi lived there during his formative years in South Africa?

Phoenix started off as a low income area built for Indians. Sugar cane fields are plentiful here even though they are now being cleared away to build homes.  That made the ideal dumping ground for the serial killer! The residents are a mix of professionals, lay people, housewives and the unemployed. Some notorious gangsters (mobsters) came from Phoenix. There are also the happy families and then there are single parent households.

Allow me to reassure you that we do not have wild animals on the streets. I have heard stories from some who believe lions and cheetahs roam freely on the streets. I would just like to point out that this is NOT the case. We do have the Big 5 (cheetah, lion, elephant, rhinoceros and buffalo) but these animals are kept in a zoo or a park specific for them. There is a police station in Phoenix but serious crimes like the serial killing are referred to a higher authority based in Durban.

Further north one will find towns such as Tongaat, Umhlanga and Ballito situated close to the beach. Some of these areas are developed, others are developing and there is the rare case when some buildings are abandoned.

The Durban Magistrates Court is on Somtseu Road. This is where the serial killer in the story appeared for his bail application. The protagonist worked at a daily newspaper situated in Greyville and court reporting was her favoured beat.

Do you know the annual July Handicap, a prestigious horse event is held at the Greyville race course?

Everything I needed to map out the story was right on my doorstep – a killer with a motive, a journalist, police, a derelict building, a newsroom and a courthouse. I also believe the setting in a story should be more than just the names of places. For me it had to include what people cooked in their homes, how the majority travelled and soapies they watched.

Many people in Phoenix cannot afford private medical care and rely on state hospitals. Through the scenes I aim to give you a glimpse into what goes on at Addington Hospital in Durban – from admission to treatment and care the readers get a feel of reality for some people.

When the protagonist’s mother succumbs to cancer and there is no money for the funeral, the community in Phoenix rally around to give the deceased a proper burial. That is how close knit the community is and how they will always stand together to help one another. The various modes of transport available in these places are the omnibus, cars, minibuses and trains. Sorry we do not have the horse and cart..lol! 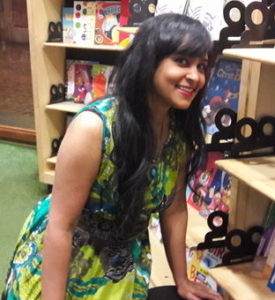 Zaheera Walker was born in Durban, South Africa. She holds a Journalism Diploma and a Communication Science Degree. She started her career at a mainstream daily paper and gained experience on various beats. Today she works in Corporate Communications and lives in Johannesburg. Visit her website to find out more about Zaheera and her writing projects.

DEADLINE is set in Durban, South Africa. It tells the story of Feriyal Adam, an emerging journalist who has her sights set on the coveted prize, but… the universe has other plans for her – she loses her job, her mother succumbs to cancer and life has no meaning until the desirable Shane Black resurfaces.

Feriyal takes on a dangerous assignment to prove her mettle. Determined, stubborn and foolhardy, she breaks rules to get what she wants until the moment when she stares death in the face. Held against her will by a notorious serial killer, she realises she might be living on borrowed time. He has lured women to their deaths and chances are he is set on doing it again….

Do you love to read books that transport you to other cities and countries? DEADLINE is one of 40+ novels in MysteryThrillerWeek’s Mystery and Thriller Passport Theme. Click here to learn about more of MTW’s international mysteries and thrillers.

Don’t forget to check back here on January 9th for the second guest post about South Africa, an electrifying article by Sarah Key: ‘Setting as Viewfinder for African Thrillers’.

5 thoughts on “MTW: Durban, South Africa as setting for DEADLINE by Zaheera Walker”