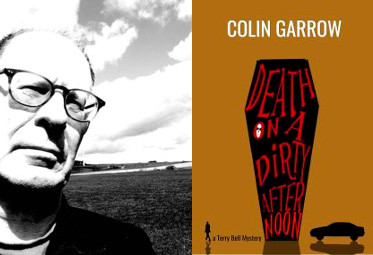 I’m pleased to have author Colin Garrow as a guest on my blog today. He’s a successful middle-grade author and has recently released his first adult fiction novel, Death on a Dirty Afternoon. It’s already on my Kindle!

Colin shares with us some of the amateur sleuths he regards as literary heroes and their influence on his writing. As he puts it, “although we don’t often hear about ordinary people solving crimes in the real world, it’s important to remember that detectives too, are just ordinary people with a little more experience.” 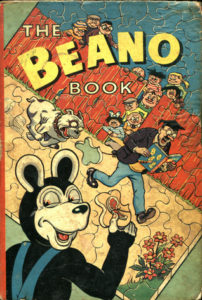 One of my first literary heroes was a character who appeared in the children’s comic The Beano. He was a boy called Billy the Cat, a seemingly average kid living in a seemingly average town, but under cover of darkness he’d pull out a cat suit and crash helmet and shimmy down the drainpipe to track down villains. Cool.

Billy, of course, being a mere comic-strip character, lived in stories that were on the short side and pretty soon I needed something more fulfilling to satisfy my imagination. As a family, we didn’t have a lot of money, so most of the time, buying books just wasn’t an option. Luckily, the library was right around the corner from our house, and they had books a-plenty.

In those days, I wasn’t aware of following any particular genre, but I know now that the stories I got the biggest kick out of tended to feature detectives (I remember Dick Barton being a particular favourite). Even so, most of the time, it wasn’t the tales of hard-nosed police officers and special agents that caught my attention – it was the amateur detectives – the ordinary folk who just happened to find themselves in sticky situations where the cops weren’t doing their jobs properly, leaving the way open for a bunch of young heroes to solve the mystery. 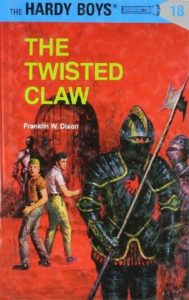 It was about this time that I got into two book series that began a life-long love of fictional sleuths: The Three Investigators and The Hardy Boys. The teasingly-titled Alfred Hitchcock’s The Three Investigators was a brilliant series, featuring a supposed introduction by the Hollywood director himself. Years later, I discovered Hitch hadn’t had much to do with the books, but the gimmick worked well for the author – Robert Arthur, Jr who’d modelled the series on the Hardy Boys mysteries (which had been around a lot longer). By the time I moved on to the Hardy Boys myself, I realised I was also moving up-market in the story stakes. Titles like The Disappearing Floor and The Twisted Claw gripped me like nothing I’d read before, and I tore through dozens of titles in my quest for literary crime solving. (Incidentally, though apparently authored by one Franklin W. Dixon, the books were actually penned by a group of writers under the supervision of Edward Stratemeyer).

So what about ‘grown-up’ heroes?

When I’d worked my way through most of the mystery/thriller books in the kids section of the library, I quickly moved on to the adult section, but with so much more to choose from, I wasn’t sure where to start. I remember seeing an old movie based on an Edgar Allan Poe story. Published in 1841, The Murders in the Rue Morgue was, supposedly, the first proper piece of detective fiction. Admittedly, the movie version was a bit rubbish but my interest had been piqued, so at the age of about 14, I tracked down Poe’s story. Auguste Dupin  (Poe’s protagonist) certainly had a clever and unusual way of working out who did it, but to be honest, it wasn’t as exciting as I’d hoped, and the story felt a bit too clever for its own good. What I really needed was someone who could tell a good tale and keep me interested til the last page. So naturally, I turned to Agatha Christie. 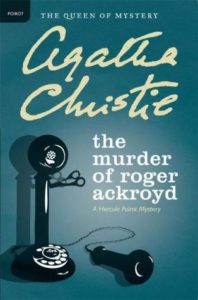 I don’t recall how many of her books I actually read, but my favourites were: The Murder of Roger Ackroyd, Endless Night, Murder on the Links and A Pocket Full of Rye. Some of the books had illustrations in, depicting the murder scene or the layout of the village, and though I rarely identified the murderer before the dénouement, it was always fun trying to work it out.

Along with contemporaries such as Margery Allingham (Campion) and Dorothy L. Sayers (Lord Peter Wimsey), Christie got into the murder game at just the right time, when the popularity of characters like Father Brown (GK Chesterton) and Sherlock Holmes (Arthur Conan Doyle) had captured the imaginations of readers all over the world. The Baker Street detective first appeared in print in A Study in Scarlet in 1887, coincidentally, only a year before the most famous real-life murderer, Jack the Ripper, terrorised the east end of London. It’s probably no coincidence that the public’s rising interest in murder and mystery developed alongside the growth of real crimes and the accompanying publicity. After all, everyone likes a good murder.

So what influence did all this have on my own writing? 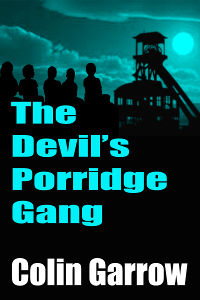 For many years, I wrote poems, short stories and stage plays, but when I eventually got around to attempting a novel, I went right back to my early favourites. As a kid, there wasn’t much excitement in my young life and though I longed to uncover a gang of murderers, smugglers or even pirates, it wasn’t to be. So my first children’s novel The Devil’s Porridge Gang concerned that very thing – a group of kids discover a kidnapping plot and set themselves the task of bringing the villains to justice. Naturally, they get in trouble with the police, their parents, and with the villains themselves in the process, but it all ends happily ever after.

Since then, I’ve written four more middle grade books, including two volumes in The Christie McKinnon Adventures (a historical mystery series set in 1890s Edinburgh), but I’m glad to say my first mystery/thriller for adults Death on a Dirty Afternoon proved I could cut the proverbial mustard in the grown-up world too.

Although we don’t often hear about ordinary people solving crimes in the real world, it’s important to remember that detectives too, are just ordinary people with a little more experience. And while it’d be nice to imagine that if a body turned up in my kitchen with a knife in its back, I’d be able to follow the clues and work out whodunit, realistically, unlike my literary creations, I’m pretty sure I’d just call the police and get as far away from that pool of blood as possible.

Death on a Dirty Afternoon 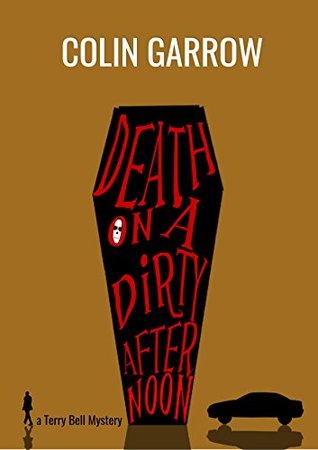 When taxi driver Frank is found dead on his dining room table, ex-cabbie Terry Bell assumes his old friend died of a heart attack. But when Terry’s former boss also turns up with his face bashed in, it starts to look like there’s a connection.

Faced with a Detective Inspector who doesn’t like coincidences, and a series of threatening letters, Terry does a bit of investigating of his own, but when another body is discovered, the temperature starts to rise – in more ways than one.

Death on a Dirty Afternoon is book #1 in the Terry Bell Mystery series.

It’s a seaside town like any other seaside town: from the non-existent sand dunes and candy-striped deck chairs to the concrete piers and tacky market stalls, they’ve got it all – including dead bodies, arson attacks and hockey-stick wielding murderers. If you love mysteries and amateur sleuthing, bald-headed villains and Swedish construction bosses, this’ll be right up your everyday seaside-town street. 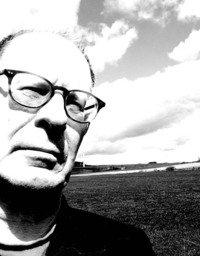 Colin Garrow has been trying to be a writer since he left school. During the long hot summers of the Seventies, literary successes were none existent, though he developed a lovely collection of rejection slips. Poems were eventually published here and there, but it wasn’t until 2000 that his first short story saw the light of day.

Colin studied Drama at the University of Northumbria, and has a Post Grad Diploma in Community Education. He was a founder and Artistic Director of WAC Theatre (The Writers and Actors Collaboration Theatre Company) in Aberdeen until the company folded in 2011. Some of his play-scripts from that time, as well as his books for adults and children, are available via Smashwords, and Amazon.

Colin has also written several short stories, some of which have appeared in literary mags including ‘Fresh Ink (Volume 1)’, ‘Flash Fiction Magazine’, ‘Word Bohemia’, ‘The Grind’, ‘A3 Review’, and ‘Inkapture’.

He currently lives in a humble cottage in North East Scotland where he writes novels, plays, stories, poems and the occasional song.

He also makes rather nice cakes.