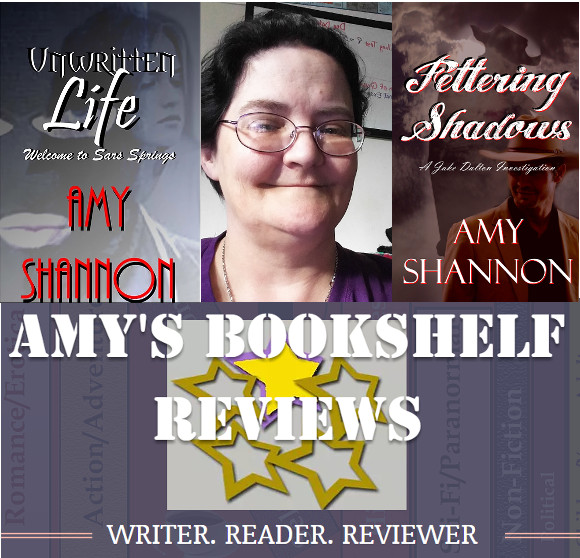 It is my pleasure to introduce you to Amy C. Shannon, book reviewer and author of over 100 published poems and stories. It is an honor to be able to help promote the June 9 release of her latest book, Fettering Shadows, which is coincidentally also her birthday. So happy birthday Amy, from all of us! I hope you enjoy learning more about Amy, her books and her book review blog. 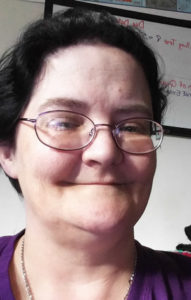 I am a single mother of four boys, and we live in upstate New York in a small town just outside of Saratoga Springs. I have my BA in English and just finished my MA in Adult Education and Training. I write poetry, “crimance” (crime/romance) novels, and a long running saga (that’s split into several series and spinoffs).

I’ve been writing since I learned to write, and before that, I liked to tell stories. I used to just write poetry or short stories, and then one day (yes, it really was just one day) I sat down at my computer and decided to write a story that had been in my head for a while. It was gonna be a short story, as that was what I was used to writing, and it turned into my first novel, Unwritten Life. That was December of 2004. Since then, I have written over 100 stories, using three different pen names, which I started in 2014, when I decided to challenge myself and take on two new genres. I still write as myself, though, and will be releasing my next book Fettering Shadows on June 9 2017.

One person would be Danny Devito (he’s my all time favorite actor), and I would probably be very giddy, not something I ever am.  The other person would be Walt Whitman. I still read Leaves of Grass (and currently, it is in my Kindle on my multi-reading list). I think he is amazing, and there is something about the era in which he wrote, and he was still true to himself. I love that about people. Actually, I prefer it in people.

I always write with background music, and sometimes a word or even phrase will lend to inspiration, and sometimes the inspiration comes from the music or singer, itself. I love all kinds of music, but listen mostly to Sinatra, Elvis, the Beatles, Led Zeppelin, Prince, Bee Gees, Tchaikovsky, and anything 80’s. (I once wrote as part of the conversation “Thank you.” “For What?” “Thank you for loving me”)

I am a survivor of domestic violence, and had to fight to get justice for myself. When I did that, I learned a lot about myself and my own strength, as well as own fears. I have used my experience not just with the violence, but the path to justice, to help other women in similar situations. (I’ve written my story, but in a fictionalized version, as I did not want to inflict more pain to my children. I have four grown boys, the youngest are 17 year old fraternal twins)

I don’t usually have a plan when I write. I may even start writing one story and then start another one. I have been known to write up to three stories at the same time. When I’m writing, I write until I have to stop and think, but when I’m in the middle of a story, I do my best to at least write one line, and when I’m finished for the day (or night), I never end at the end of a chapter. I always leave it to where something else has to be added. If I’m at the end of a chapter, I always start a new one. I write the first draft, and don’t go over it or correct errors until the first draft is done. Then I have a pattern for what I look for in drafts two, three, and four. I create my own covers, based on the story, and title. I always have a title before I start. 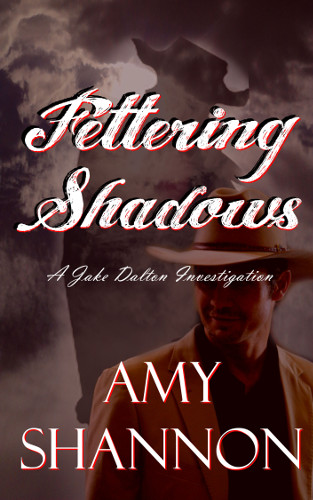 Fettering Shadows is due out on June 9 2017. It’s the second book that I’ve written (as myself) where the main character is a male. My first intention was to write about a stalker who was also a serial killer (He kills girls like the one he’s stalking but he doesn’t kill that woman), then I thought about who would be hunting this predator down (and I like the show Criminal Minds) so I figured a profiler, but not a typical one, and then, all of a sudden, I was flipping through channels on television and came across Walker, Texas Ranger, and that was it. A Texas Ranger turned PI is on the case, and he’s also a former cowboy.

I honestly don’t know what motivates me to write. It’s always been a part of me. I always carry a notebook in my purse wherever I go, so I write everything down. I’ve been known to pull over while driving to write down a thought about a story or even poem. I write a lot of poems, usually just out of the blue. I write because I have to, it’s like breathing. I have to do it. Doesn’t mean that everything comes out as a full story. I do have files of incomplete stories, but I do like to back to them, complete them, use them for inspiration, or turn them into something totally different.

What motivated you to start a book review blog?

I met another author years ago via Linked-in and she wanted to share her work with me, and asked to read my work. Without expectations, we read some of each other’s work and became online friends. Our plan was to start a review blog, but sadly, she passed away, and in her honor, I started to post my reviews. I always read, I do it for many reasons, but mostly because I just love to read. I always write a review for a book that I read, if I think it is good enough. I don’t write bad reviews (anything lower than 3 stars).

Why do you love writing reviews?

I think the author themselves can learn from reviews, and reviews can also tell other readers how well the book is perceived by others. When I read, though, I don’t look at other’s reviews until after I read the book. I always liked making up my own mind (it’s the same with movie reviews. I like relying on my own opinion). I think Indie Authors need support and if I can find that “diamond-in-the-rough” book to read and then share with others, I’m glad. I have read so many books that I just was lucky to read, and would have never found if it weren’t for my blog. I hope that others can also find those books when I share my reviews.

How do you choose books to review?

I get formal requests from first time requests. Repeat authors can send me direct mail. I read any genre, and I read pretty much anything that comes to me. I always start and finish a book, even if I don’t like it, unless it is riddled with too many typos, then I return it to the author until they can edit it properly. All books have a typo now and then, but there is such thing as no editing, and it deters from the writing and the story. If I don’t like the book, I let the author know that I won’t post my review and give them the reasons why. I won’t post a 2 or 1 star review. (I’ve only returned three books to authors because I didn’t like them or couldn’t find anything I did like about the book, and I have returned books due to too many typos).

I love to read and share what I read with others. I also end up giving some first-time authors advice on different things, especially the process of promotion, reviews, or even creating a Goodreads account.

Learn more about Amy’s published stories on her website: http://writeramyshannon.wix.com/stories.

Thanks for stopping by, Amy!