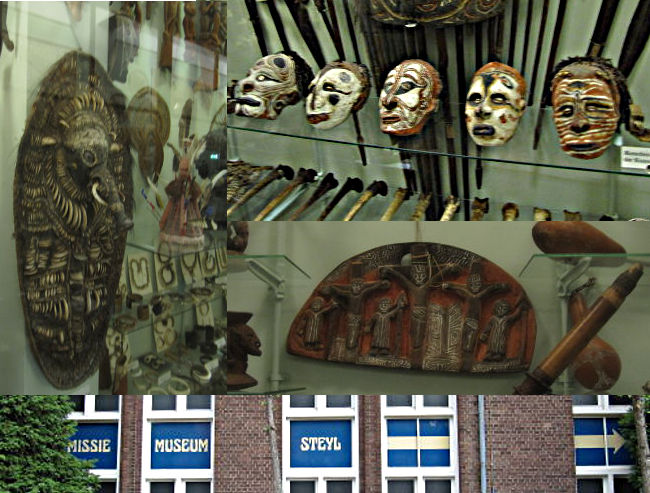 At the southernmost tip of the Netherlands is a hidden jewel unknown to most tourists and locals – the Monastery village of Steyl. It is situated on a bend in the Maas River, across the water from Germany and close to the Belgian border.

The village was founded in 1875 by Father Arnold Janssen as the home for his newly established Steyl Mission Congregation. The brothers and sisters of this Catholic organization built their own self-sufficient community from the ground up. They constructed all of the buildings, kept livestock, and cultivated extensive gardens. The Steam House – a series of steam-powered generators built by the mission’s brothers to provide electricity to the town – still work and is open to visitors. I know my young son enjoyed seeing it in action! Tourists can also wander through the gardens and visit several ‘sacred caves’ – limestone rock formations the S.M.C. have turned into alters and shrines.

Nowadays, the entire village is a protected monument. The Mission Congregation still exists in its original form, though smaller in number than when originally founded. Approximately ten thousand missionaries, active in sixty countries, currently belong to S.M.C.

The village is unique because of its history, monumental buildings and protected status. Yet it is also home to a cultural treasure rare in the Netherlands or Europe – Steyl’s Mission Museum.

This relatively small – yet extraordinary – museum displays artifacts and relics collected by missionaries stationed around the globe. It was established in 1889 to provide parishioners a glimpse into mission life and the countries (often colonies) the S.M.C. missionaries were actively working in. Today, the museum is a time capsule offering a glimpse into the way missionaries once viewed the people they served as well as the display techniques commonly used in museums in the early twentieth century.

The objects are divided into ethnological and natural history displays spread across two rooms. The classification system hasn’t been updated since 1931, though pieces are still added to the collection. One small room is filled with an incredibly gorgeous and diverse selection of butterflies, praying mantis, grasshoppers, beetles, and other insects. 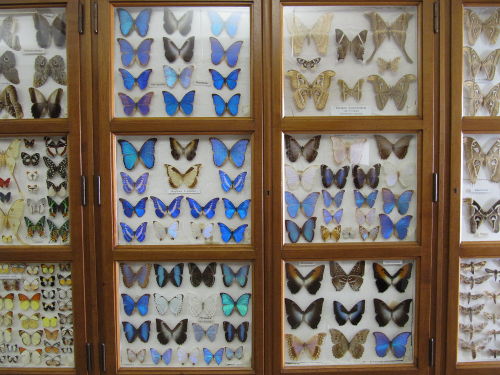 The second, much larger room is divided into two sections. On the right-hand side are stuffed animals – birds, primates, and large mammals – displayed as if they were still alive. 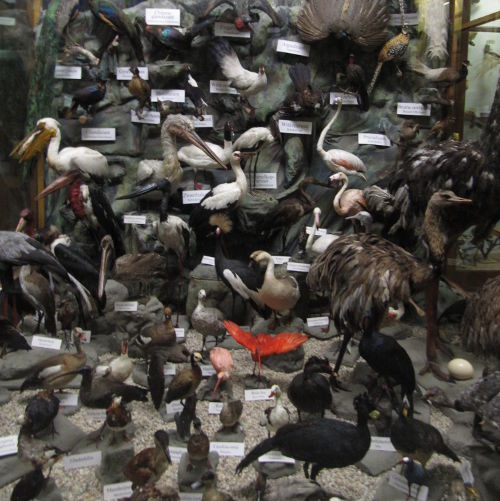 The left-side is filled with four large cases of ethnographic objects divided by region: Japan, Netherlands-Indie (now Indonesia), Papua New Guinea, and Africa. [It is important to note that this museum refers to the former Dutch colony as Papua New Guinea (and not Dutch New Guinea or Papua) in all of its displays and information folders.]

The exhibitions are a fascinating jumble of utensils, weapons, shields, handcrafts, carved sculptures, body decorations, and ancestor objects. They are not divided by region or art form, yet placed according what looks good.

The Papua New Guinea case was the focus of my last trip. Here are several photos of the decorated skulls, shields, small bis pole, stone axes, and body decorations.

Because it is primarily a ‘daylight’ museum (i.e. relies on sunlight instead of electric lamps), in my photographs the objects look washed out in comparison to what they look like when you are actually standing in front of the massive glass-enclosed displays. I hope they provide a glimpse into their fascinating and diverse collection!

Steyl’s Mission Museum affords visitors a fascinating glimpse into mission life, changes in museum exhibitions, and Dutch colonial history. The village itself is quite adorable and makes for a lovely day out.

In short, Steyl and its Mission Museum are well worth a visit the next time you’re in the Benelux!

You can read an excerpt from Rituals of the Dead: An Artifact about Zelda Richardson’s visit to Steyl here.

For more information about Steyl and the Mission Museum:

Here are more photographs of their fascination collection: 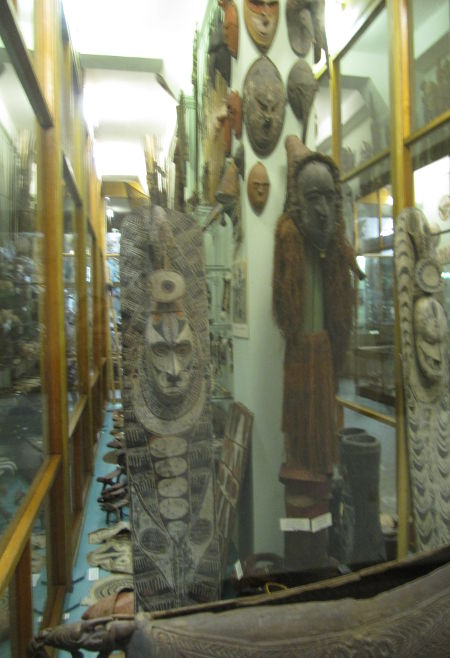 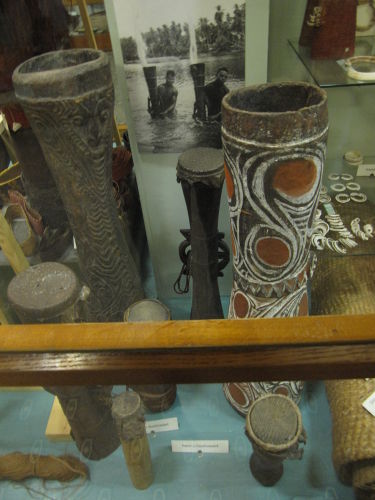 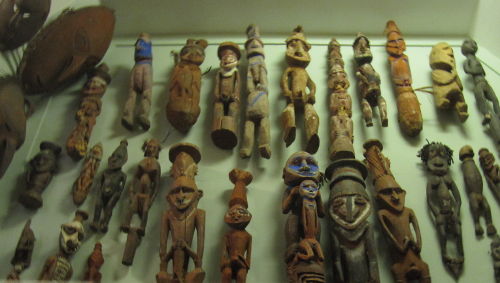 One thought on “Mission Museum Steyl”