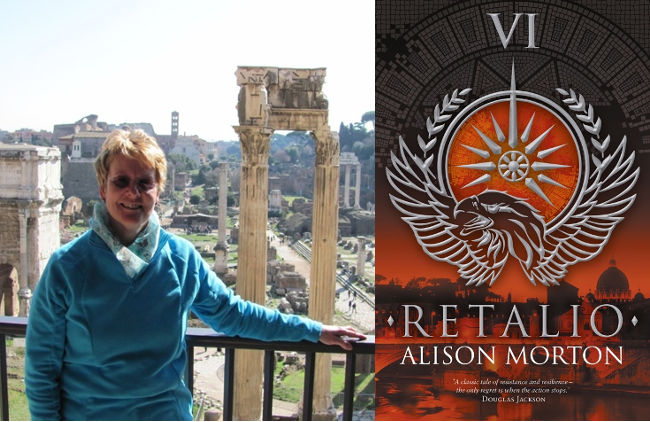 Today I am thrilled to welcome historical fiction author Alison Morton to my blog. Her series of alternative history thrillers set in Roma Nova sound absolutely fascinating! And her real life is as varied and interesting as her subject matter. Take a moment to learn more about the fictitious setting of her novels – a surviving piece of the Roman Empire ruled by women – and her own expat life in France.

First of all, thank you for having me as your guest, Jennifer!

I came to writing late in life after working in central government, running a family business, working in the voluntary sector as a professional manager, starting and running a translation company, and slotting in six years’ military service and a masters’ in history. A ‘Roman nut’ since age 11, I’ve misspent decades clambering over Roman sites throughout Europe. I read anything but (for some reason!) prefer historical, crime, adventure and thriller fiction.

Oh, my writing? I’ve published six books in the Roma Nova alternate history thriller series featuring modern Praetorian heroines. They feature a tiny part of the Roman Empire that survived into the modern era, but with a difference – it’s ruled by women.  Readers seem to like the stories which have been awarded the BRAG Medallion. SUCCESSIO, AURELIA and INSURRECTIO were selected as Historical Novel Society’s Indie Editor’s Choices.  AURELIA was a finalist in the 2016 HNS Indie Award. SUCCESSIO was selected as an Editor’s Choice in The Bookseller. The sixth, RETALIO, came out in April.

Now, I continue to write, cultivate my Roman herb garden and drink wine in France with my husband of 32 years. 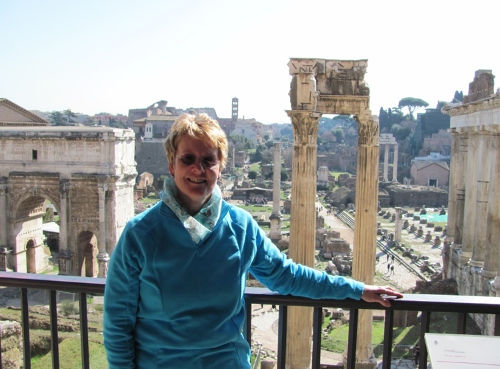 One place left on my bucket list is Slovenia which re-emerged after the break up of Yugoslavia and is the pattern (geographically speaking) for Roma Nova, the imaginary country featured in my books. I want to walk high in the Julian Alps as Aurelia did in the Gemini range, and sail on the Sava as Carina did on the river in INCEPTIO, to savour a glass of Slovenian white wine as both Carina and Aurelia enjoy their Castra Lucillan white.

Do you prefer to write in silence or with background music? Why?
Complete silence! If anything is in the background I start listening to it, even singing along, which takes me away from my writing world. It’s just too distracting. 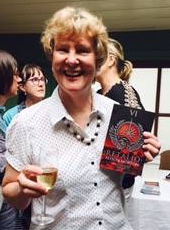 Although I’m a British national, I now live permanently in France. This causes confusion on Internet sites, and even held up our ESTA application when we were preparing our seven week trip to the US and Canada in 2015. But we love it here in the Poitou-Charentes for its mild climate and peaceful lifestyle. Oh, and did I mention the wine?

Living a varied life! Reading a lot of everything, but preferring historical, thriller, sci-fi and adventure stories from childhood has been a great influence, and I do love a clever spy movie. I’ve played with words from an early age and as a professional translator and editor I know the power they convey and precision they require. Away from that, I think my perfectionist bent was reinforced by the academic discipline of taking a masters’ degree thirty years after my bachelors’. I’ve always wanted to know the ‘who’, ‘what, ‘where’, ‘how’ and above all the ‘why’ of history, so this was the perfect course for me to follow.

But the pull of sci-fi – other worlds, dimensions and timelines – was strong, especially after reading Robert Harris’s alternate history Fatherland. Imagine the excitement of altering the historical timeline, of diverging into a different outcome for world events! All this combined with my fascination, no, obsession with Ancient Rome feeds into my writing. 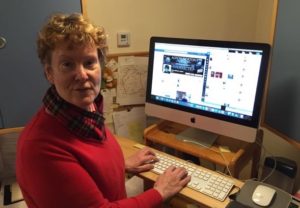 Chaotic! I see my principal jobs as an author as writing and marketing. We can no longer hide in attics just being artistic. In the run-up to publication of a new book, the marketing takes over. After the post-publication period, writing calls me back. My mind has cleared and I can set my heroine off into new trouble… I attempt 1,000 words a day, which sometimes turns into more (and occasionally less!).

Do you recognize yourself in any of your characters?
Ha! Readers who know me personally say they recognise something of me in both main characters; I’m forthright, I’ve served in the military, I have many self doubts but I’m persistent. However, I should think that most of us, consciously or unconsciously, let some parts of ourselves and our lives seep into our writing. 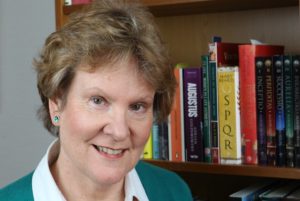 I started writing one book and quickly realised I needed a second to show what happened to the heroine and her hero once she was settled in Roma Nova. A third would complete the circle. As I learnt the craft of writing, so I worked on integrating the three. The first, INCEPTIO, didn’t get published until I’d completed the draft of the second, PERFIDITAS. That sowed seeds for the third, SUCCESSIO. Then came trouble.

While writing SUCCESSIO, I realised I had become fascinated by Aurelia, the ‘elder stateswoman’ figure in all three books. I had dripped in bits about her background wherever appropriate in the main heroine, Carina’s, story, but unconsciously, I had given Aurelia secrets. So I had to write her story as a young woman and reveal these. Once 86,000 words into her story (AURELIA), I realised I needed at least one more book. In fact, I needed two and these became INSURRECTIO and RETALIO.  I’m planning at least two novellas to complement the two trilogies; the first, CARINA, will be out before this Christmas.

Thanks for stopping by, Alison!

You can learn more about Alison’s work and connect with her on her Roma Nova site, Facebook, Twitter, Goodreads or Amazon. 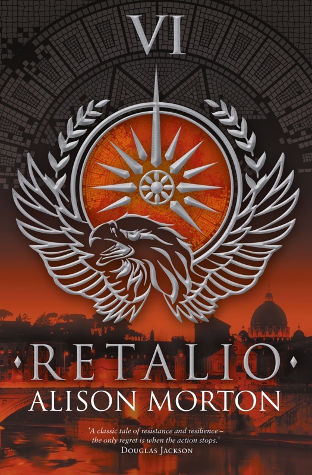 Early 1980s Vienna. Recovering from a near fatal shooting, Aurelia Mitela, ex-Praetorian and former foreign minister of Roma Nova, chafes at her enforced exile. She barely escaped from her nemesis, the charming and amoral Caius Tellus who grabbed power in Roma Nova, the only part of the Roman Empire to survive into the twentieth century.

Aurelia’s duty and passion fire her determination to take back her homeland and liberate its people. But Caius’s manipulations have isolated her from her fellow exiles, leaving her ostracised, powerless and vulnerable. But without their trust and support Aurelia knows she will never see Roma Nova again.

Watch the book trailer here or buy the book now.