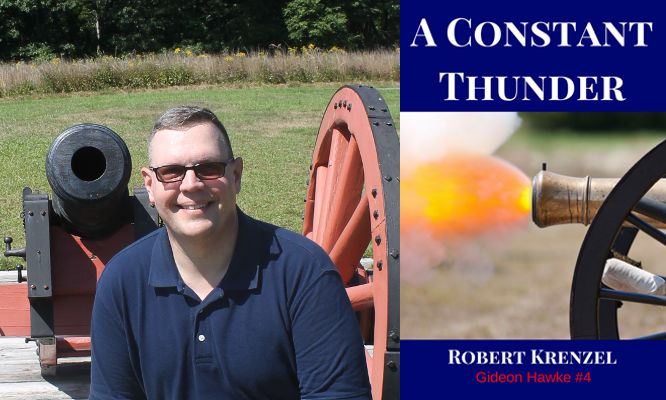 It is my pleasure to welcome historical fiction author Robert Krenzel to my blog today. I’m glad he was able to answer my interview questions; it sounds like September is going to be a busy month for him!

On September 16 the fourth book in his Gideon Hawke series, Constant Thunder, will hit the shelves. And on September 9 you can chat with him at the Kansas Book Fair where he will be giving a presentation and signing books. He’s there as a guest of the State Library of Kansas who selected his novel A Nest of Hornets as a 2017 Kansas Notable Book – that is quite an honor! 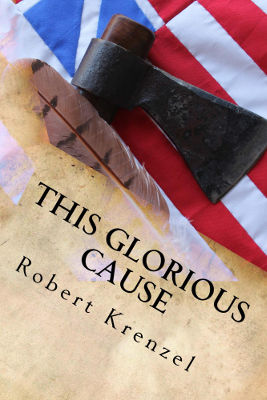 I am a father of two, happily married to an incredibly tolerant woman for well over twenty years. I retired from the U.S. Army after a twenty-four year career that took me to Germany, the Balkans, Iraq, and Afghanistan. I have always loved history, and my experiences as a father and soldier helped guide me toward writing historical fiction for young adults. When I decided to actually have a go at writing a novel I was going through a bit of an American Revolution Phase: the Gideon Hawke Series was the result. The protagonist, Gideon, started out in Book 1 as a teenager with little interest in politics; he then found himself caught up in the fighting in Lexington, Massachusetts on April 19th, 1775. He took up his late father’s rifle, and has been involved in many of the momentous events that shaped America.

I would want to take my family to see some of the places to which I’ve been deployed. For example, I would love for them to see the Tigris & Euphrates Rivers in Iraq and the jagged mountains of Afghanistan. Sadly, I don’t anticipate those places being safe enough for travel in my lifetime. In fact, some of the places I served in Iraq are still in the hands of Daesh (ISIS), and that is truly heartbreaking.

I love spending time with my family. The Army took me away a lot, so I truly appreciate the time we now have together. I also knew far too many men and women who gave up their tomorrows; that makes me cherish each today a little more. 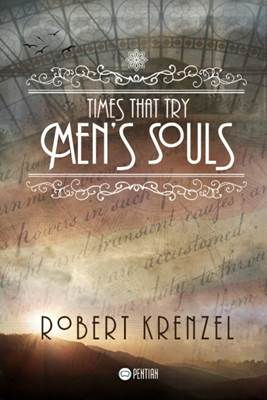 I think I bring a blend of interests and experience ideally suited to this genre and subject. I love history, and I have some experience with soldiers and war. I tend to be a reflective type, so I make connections that some might miss. As an example, I have worked closely with British troops on several operations, and I have fought in unpopular wars, far from home, against implacable enemies who don’t play by the rules. Given all that, it is not a stretch for me to see things from the point of view of a British officer fighting to bring the Americans to heel. Thus I can convey that point of view to my readers.

I chose to give Gideon Hawke his own series because the topic is too vast for a single book. The American War of Independence spanned eight years, several geographical regions, and a number of cultures. With the series I can focus individual novels on different times or aspects; for example Number 3 explored the Forage War of 1777, and I think Number 6 will look at the Sullivan Expedition against the Iroquois Nations, showing what a disaster the war was for those people.

Do I know how many novels? Well…maybe. I have the series mapped out in my head, but who knows? Frankly, I never intended to write #3, A Nest of Hornets, but in researching #2, Times That Try Men’s Souls, I read a chapter on the Forage War, and I was hooked! Most of the fighting in that campaign happened within a 30-minute drive of my childhood home, although I didn’t realize it when I was growing up. A Nest of Hornets has been my most successful novel thus far, so I will continue to follow the muse where she leads me. 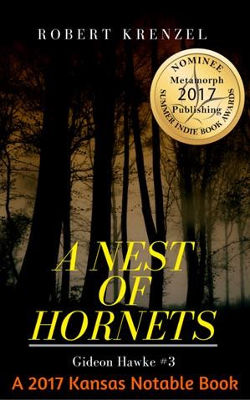 I totally geek out when I research! I read everything I can get my hands on, and whenever possible I reach out to subject matter experts; in so doing I have met some incredible people who are more than happy to share their passion with me.

I also visit the scene of the action whenever possible. I sling my trusty Army map case over my shoulder, hang a camera around my neck, and then I walk the ground and try to envision what happened there in the 1700s. At places like Lexington, Saratoga, Valley Forge, and Monmouth I have had walked in the footsteps of my characters, and the real people upon whom they are based. Physically seeing these places from the participants’ point of view really helps me bring the Revolution to life. When I do it right history, geography, and imagination all come together: then I can almost hear the thunder of the cannon, smell the gun smoke, and see the grapeshot skipping across the fields. When I am able to travel back to those events in my imagination, I can bring my readers along with me. The best part is that sometimes my family gets dragged along on these outings, and they share in the experience. (Did I mention that they are incredibly understanding?)

I read constantly, and I think it is critical for authors to read as much as they can. I read quite a bit of history for research, but I also like to support my fellow Indie authors. I recently read a great novel called Down and Out in Kathmandu; you may have heard of it!

Gideon Hawke #4, A Constant Thunder, comes out in mid-September. In fact, it is now available for pre-order! This book takes Gideon and his love interest, Ruth, up the Hudson Valley to a little place called Saratoga. I have also started work on Gideon Hawke #5, which will encompass Valley Forge and the battle at Monmouth Courthouse.

I’d love to tell you about an honor my work received: A Nest of Hornets was selected by the State Library of Kansas as a 2017 Kansas Notable Book! As a result I will be doing a presentation and book signing at the Kansas Book Fair on September 9th, 2017. It is humbling to be recognized in conjunction with such a distinguished group of authors! 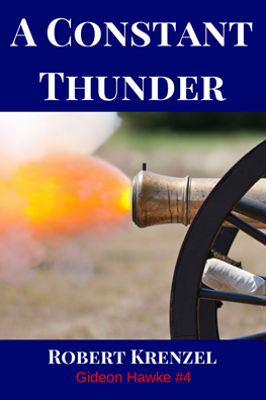 It is the summer of 1777, and the future of the young United States hangs in the balance! As one British force sails to attack Philadelphia, another army, reinforced by the Crown’s Native American allies, sweeps down the Hudson Valley to cut the fledgling nation in two. Gideon Hawke has joined Morgan’s Rifle Corps, and soon this elite force marches northwards to help stem the enemy tide. On this campaign, Gideon’s love, Ruth Munroe, is never far from his side. Destiny awaits them both near Saratoga!

Pre-order it now on Amazon!

Thanks for stopping by, Robert (and the shout out 🙂 ). And best of luck with your book signing and new release!