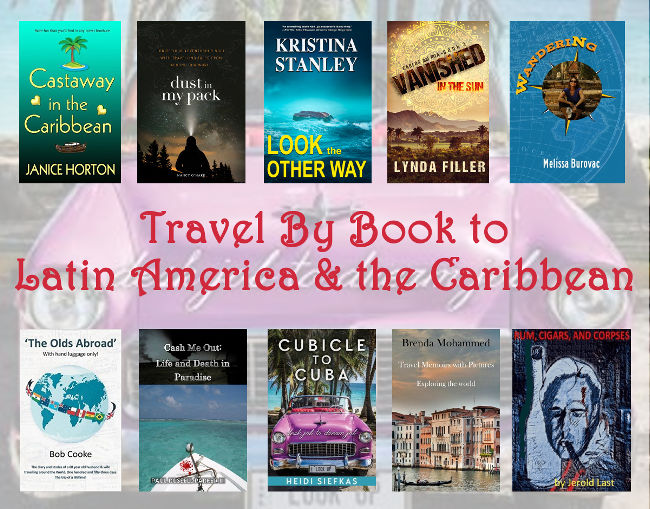 Investigate a murder in Cuba and a disappearance in the Bahamas, quit your job and head to Mexico, travel with seniors on an overland adventure through Peru, join thrill seekers on adrenaline-inducing exploits in Brazil, escape the FBI by hiding out in Puerto Vallarta, island hop through the Caribbean, end up as a castaway on an uninhabited island, get inspired by family adventures, read a suspenseful tale of vigilante justice set in Dominica and discover enigmatic Mayan cities.

The complete list of books set in Latin America and the Caribbean can be found here on Facebook. 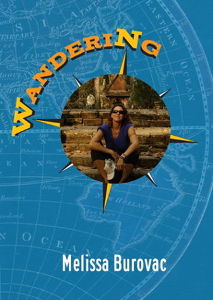 Traveling solo as a woman certainly has its ups and downs, but Melissa Burovac will be the first to tell you to embrace the adventure as you encounter it.

Facing her fortieth birthday as a single woman in a job she was tired of, Burovac decided to “do something.” Always keen for adventure, she chose to buy a one-way ticket to Mexico-and quit her job, sell her beloved Jeep, and store all her belongings.

Though she’d gone on trips abroad before, Burovac didn’t feel like she’d ever earned the title of “traveler.” But that was about to change.

“Wandering” relates the adventures, and misadventures (she encounters so many major weather events that her friends start predicting where the next disaster will strike based on her next destination), of her nine months traveling through Mexico, Belize, Guatemala, Honduras, Panama, Cuba, Australia, Cambodia, and Thailand. Her stories will crack you up-and they will inspire you. As someone with no sense of direction, no ability to plan, and plenty of social anxiety, her experiences prove that anyone who wants to travel “can”!

The Olds Abroad by Bob Cooke 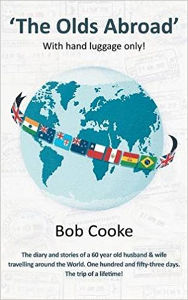 Thought of going travelling? Jealous of everyone telling you about their experiences in exotic lands? Think you’re too young, or too old, to do something about it? So did we. That’s why we did something about it.

At 60 years old, with just our hand luggage, we travelled around the world for one hundred and fifty-three days.

This book documents how, why and what happened. All taken from our diaries. The planning, destinations and accommodations. Tales from India. Road trips in Australia and New Zealand. A jungle homestay in Fiji. Overland adventures across South America in Chile, Peru, Bolivia and Brazil.

Join us for the fun, excitement, scares and near disasters.

Vanished in the Sun by Lynda Filler 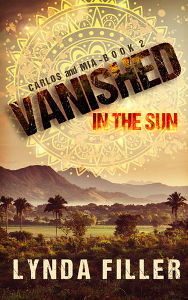 Feeling secure after three years, Mia and Carlos would soon discover a mutual desire to return to their beloved Puerto Vallarta. Their ultimate safety is jeopardised for their decision. Lucia, the infamous and decorated FBI agent who helped Mia and Carlos disappear, changes her identity and retires to the sultry beaches of Puerto Vallarta, Mexico. She re-unites with the lovers in romantic Paris, France and finds herself in the middle of terrorist events beyond her control. The respite of her newfound freedom is disrupted when the telephone rings and she, Carlos and Mia, are summoned to the call of duty once more.

Central to the storyline is a large group of students who hijack three busses from a cartel stronghold in the Sierra Madres of Mexico that will transport them to an annual human rights demonstration in Mexico City. Upon arrival to the venue, the students are soon accosted and taken into custody by brutal and heavily armed cartel ‘soldiers’.

This high anxiety thriller takes us from the sultry beaches of the Mexican Riviera deep inside Guerrero State into densely wooded jungle where the dreamy landscape takes on dark and sinister undertones. Lynda Filler captures the exquisite flavor of life in coastal Puerto Vallarta through yet another of her powerful romance thriller novels; crimson sunsets, golden beaches, the sexy allure of lovers meeting and taking chances, quaint local village cafes and fresh seafood dining. There is a dark and sinister underbelly to this Shangri-La; its surroundings teeming with the evils of drug lords and their ruthless cartels in a deadly war for control of a killer trade. VANISHED in the SUN; this is Lynda Filler at her finest.

Castaway in the Caribbean by Janice Horton 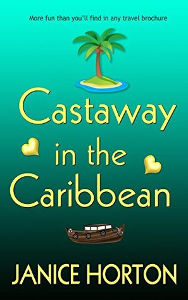 Vacationing on the beautiful Caribbean island of Antigua, Janey Sinclair is persuaded by her magazine editor boss to do a quick island hop in order to supervise an impromptu photo-shoot for the front cover. With no flights immediately available, Janey is directed to the harbour.

Captain Travis Mathews hates tourists, although he’s not above making a bit of money off a prissy and sharp tongued young British girl when she’s desperate to get to the neighbouring island of Tortola. After striking a deal, they set off together in Travis’s weather-beaten old boat.

When the vessel comes to a sudden full stop in the sea, the mismatched pair end up as castaways on an uninhabited island. In this fast moving romantic adventure about a vacation that turns into a tropical nightmare there’s more fun than you’ll find in any travel brochure. 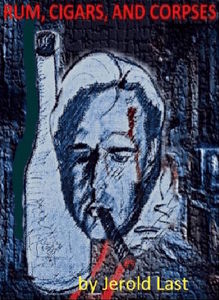 In Roger and Suzanne’s eighth novel, “Rum, Cigars, and Corpses”, the intrepid couple visits Cuba to investigate an apparent accident that killed an American tourist. The tour guide, who was fired for negligence, hires Roger to clear her reputation.

To quote Roger, “How can I investigate a suspicious accident that happened several weeks ago on an island where I have no legal standing as an investigator, where the local authorities are almost certainly not going to be cooperative and may even have orchestrated a cover-up, and where the United States government banned travel by U.S. citizens for more than half a century?”

He’s right. It isn’t going to be easy. Readers will enjoy an exciting international thriller while getting a good look at contemporary Cuba as described by an author who has recently been there.

Travel Memoirs with Pictures: Exploring the world by Brenda Mohammed 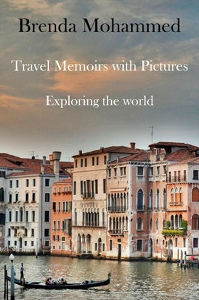 Travel Memoirs with Pictures: Exploring the World is a book filled with reflections of the author’s travels around the world.

She relates the family adventures and treats readers to a pictorial travel book of priceless memories.

She describes places visited and the wonderful times she and her family had in their tourist trips, not only in words but with an amazing photo collection.

The book is great to read while on a vacation or for some travel inspiration.

Dust in My Pack by Nancy O’Hare 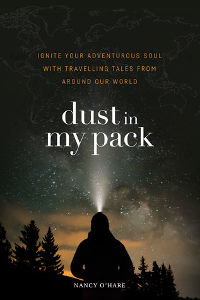 Dust in My Pack is a new kind of travel book. The author, an independent traveller with a particular focus on remote, lesser-visited destinations, shares her most poignant experiences. Her stories have emerged over twenty years of living and working in five continents and travelling through more than sixty countries. Relive the essence of distant destinations through her story telling—sense the adventure, navigate random challenges and savour unexpected wonders. For those interested in travel, this book brings far-flung lands to life while providing practical guidance to help create your own personalized trip.

Tales range from adrenalin-inducing exploits to awe-inspiring sites. Relive a chaotic ferry ride across Lake Malawi that stretched from twenty-four hours into sixty. Struggle with leeches and bees along mucky trails in Laos’ northern jungle during the rainy season. Encounter three enigmatic Mayan cities, and learn the stories that continue to seep through their timeless ruins. Nancy O’Hare brings these and many more tales to life.

Cash Me Out: Life and Death in Paradise by Paul Russell Parker III 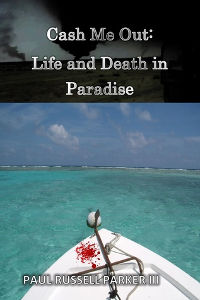 ~What vile act would force you to take the law into your own hands?~

Staring out at the sunset. Water ebbing, and flowing over his feet. John Gabriel Warden finally felt content. He found paradise. Not only did he find paradise, but he bought a house and bar on it. Things couldn’t get any better than this.

That’s what Warden thought. Until he met her. Warden didn’t start out looking for love, but destiny put them on a path towards each other. What she or Warden didn’t know was that his troubled past would be coming back to haunt them.

In this suspenseful tale of vigilante justice; Warden and his friends will be shocked out of their relative calm, and be put on a path of vengeance. Just when they thought that they put their old lives behind them, they will be forced once again to respond with the violence of action. There is no shying away from it; scores against organized crime will be settled. They will have to see if they can muster enough strength to make it through this deadly struggle in this criminal heist thriller.

Will they be able to wake from this nightmare, or will their dreams that became a reality be forever ruined? They didn’t start this fight, but they are more than ready to finish it. 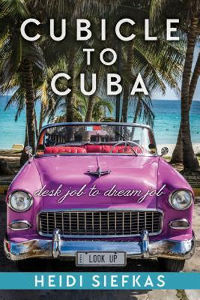 In this introspective travelogue, author, speaker, and adventurer Heidi Siefkas shares her transition out of the corporate world and Cubicle Land to life on the road in Cuba and beyond.

Heidi highlights another side of Cuba as well as the perspectives gained from years of travel to the once forbidden island. Along the way, Heidi seizes opportunities for adventure in Kauai, Italy, Peru, New Zealand, Australia, and other far-flung places, but always returning to Cuba for more.

Not unlike her previous books When All Balls Drop and With New Eyes, Heidi tells this story with a good dose of sass and humor in her signature down-to-earth vignettes. Get ready for an adventurous tale with some misadventures. It’s either a good time or a good story.

Cubicle to Cuba will teach you about Cuba, but also it will inspire you to think out of the cubicle, travel more, and embark on your own Life 2.0 full of adventure.

Look the Other Way by Kristina Stanley 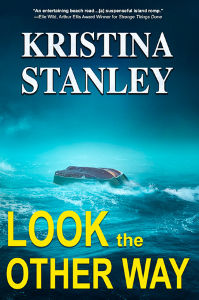 SUBMERGED BENEATH THE DEPTHS IS A SEA OF SECRETS…

A year after her Uncle Bobby mysteriously disappears in the turquoise waters surrounding the Bahamas, Shannon Payne joins her grieving aunt to trace Bobby’s last voyage. Shannon hopes the serenity of the sea might help her recover from a devastating breakup with her fiancé.

Sailing the 38-foot catamaran, A Dog’s Cat, is Captain Jake Hunter, a disillusioned cop who has sworn off women. While Shannon tries to resist her growing attraction to the rugged captain, she uncovers dark truths about her uncle’s death that might send them all to the depths.

You can find our growing list of Travel By Book fiction and non-fiction titles set in Latin America and the Caribbean here on Facebook.

Be sure to stop back next month to learn more about Travel By Book  fiction titles set in Europe!

And don’t forget to check out the Travel By Book to Asia and Travel By Non-Fiction Book to Europe posts.